HARARE, ZIMBABWE - Zimbabwe's government this month reported a major increase in teenage pregnancies in January and February.  Advocates are blaming the rise from previous years on coronavirus lockdowns and poverty. Columbus Mavhunga reports from Harare, Zimbabwe. 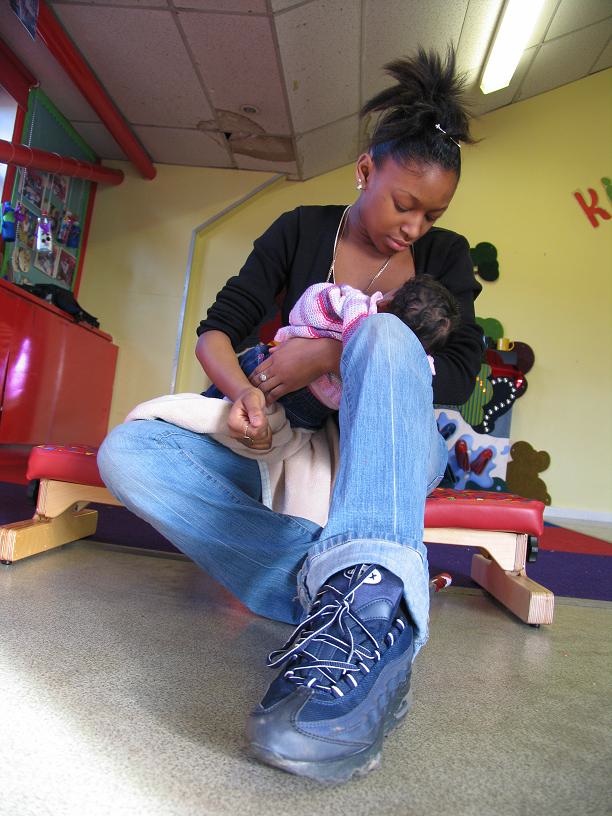 According to a government report, most of the girls live in poor suburbs such as Epworth, about 30 kilometers southeast of Harare.

Here, since 2018, 17-year-old Natsiraishe Maritsa, founder of the Vulnerable Underaged People’s Auditorium Initiative, has been teaching her peers about the dangers of early pregnancy and early marriage.

She thinks karate lessons, among other activities, keep girls in this poor suburb occupied, including during the lockdowns.

She was disappointed with the government report’s findings.

“It made me realize that there is still a lot that still needs to be done,” she said. “This is not a one-man’s thing. Stakeholders out there should join the campaign and hold marathons, fun runs, campaigning for a nation that is free from early pregnancies and early marriages. We have to spread the wings and counter the effects and causes of children marriages. Because the more we speak out, the more we campaign against it, it is the more cases of pregnancies and early marriages decline.”

The United Nations Population Fund has been helping to ensure Zimbabwe’s children have online and radio lessons during the COVID-19 lockdowns.

“Zimbabwe is among countries in sub-Saharan Africa with a huge problem teenage pregnancy,” said Blessing Tafadzwa Nyagumbo, UNFPA Zimbabwe’s adolescent sexual reproductive health specialist. “The country has a high adolescent fertility rate of 108 per 1,000 among young women aged 15 to 19 years. This is against average fertility rate of 101 births per 1,000 young women aged between 15 and 19 in sub-Saharan Africa. Of course, this data, is from before COVID-19 pandemic and [before] lockdown measures were put in place. Emerging data indicates that there has been significant increase in teenage pregnancy during the lockdown.”

Sibusisiwe Bhuda-Masara, deputy chairperson of the Women’s Parliamentary Caucus, said her group was “hurt” by the report, which was released by Sithembiso Nyoni, women’s affairs minister in Zimbabwe.

Bhuda-Masara said stigma prevents young pregnant girls from going to school. She said preventing access to contraceptives by schoolchildren has not worked.

“The only way for it is to allow those contraceptives to be distributed in schools,” she said. “Even the safe abortions, because we are trying to hide behind a finger. Our children are engaging in sex activities as early as 10 years. And why are we still not doing what other SADC [Southern African Development Community] countries have done? [In] South Africa it’s done legally. Those who can afford cross to South Africa and have their pregnancies terminated lawfully.”

Maritsa disagrees, arguing Zimbabwe’s poverty rates and lack of education are fueling the sharp rise in the rates of teenage pregnancy and early marriage.