Minister Ziyambi’s unhinged, incendiary attack not only on a perceived opposition nominated-inclined judge but in particular Securocrat stalwart Judge President Chiweshe and the threat to “transform” the judiciary reflects a qualitative change in the elite factional and tribal fights in the junta. Increasingly approximating those of 2017. 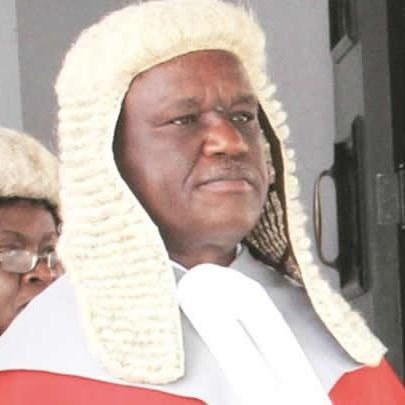 Ziyambi’s inflammatory statement discloses the Lacoste faction’s panic of a re-emerging cross party elite alliance of the military- state -judicial and opposition elites backed by imperialist powers that was the framework that facilitated the November 2017 coup.

President Mnangagwa’s crude drive for a tribalised/ regionalised imperial life presidency in Constitutional Amendment No. 2, perceived brazen corruption of the 1st Family, its cronies especially in the cartels and the now year long unrelenting savage attacks on MDC A have created the basis for this emerging anti-ED elite alliance, for now playing out in the judiciary, especially the High Court.

Underlying all this as in 2017, is an unresolved, deepening economic crisis and huge austerity attacks on workers, youths, the poor and lower middle classes.

For now it remains an intra-ruling class, middle class inspired and driven conflict, which may potentially lead to another military intervention as in the November 2017 coup. Or fizzle out if the junta elites find one another.

And in which the opposition middle class elites will again be played to provide a popular face to save a regime in terminal crisis as in November 2017 or the 2009 GNU. And cry afterwards.

But what may be different from November 2017 is the role of the working class and urban youths.

In 2017 they were naive pawns used by the middle elites across the political divide.

But today they have learnt from that bitter experience. And most importantly the unrelenting and unmitigated neoliberal austerity war on them under Mthuli especially the US Dollar wage debauchery theft in a dollarised economy has radicalised the working classes and youths.

And improved their potential unity. As shown by the unprecedented walk out from TNF by disparate labour federations following their joint unions Wage Summit, including those historically sympathetic to the regime.

The current deepening intra-elite fights can potentially develop into a wider inter-class social political conflict with revolutionary implications, if the working class and youth move in as a separate and independent force.

The present situation will dramatically change if the working classes and youths seize the moment and enter into the equation – adding their economic anti-austerity class demands to the democratic ones already in play around the retirement of Malaba and Amendment No. 2.

No other class under capitalism possesses the same level of social weight and power and capacity to unite all oppressed classes against oppression and exploitation as the working class.

And the most critical demand that today motivates and inspires workers across federations, politics, unioinisation, gender or tribe is that of restoration of the September 2018 US Dollar salaries and pensions.

This supported by demands for the return of all kombis. And 100% US Dollar payments for all small tobacco, cotton, maize rural farmers and artisanal miners as the economy has dollarised. And an immediate moratorium on all school, college, university tuition and exam fees for the coming second term.

United action, including protests, boycotts, demonstrations, general strikes and national shutdowns, organised around these demands and led by a united front led by workers can win widespread support and dramatically change the current situation.

Forget 2023, the regime will not reform itself out of power as previously stated by one of its former ideogues. Peoples power is the solution.

But the pre-condition to avoid a repetition of November 2017 is the independet class action, organisation and leadership of the resistance by a united front led by the advanced workers supported by the radical youths.

Such united and immediate intervention by the working class and youths can decisively change and transform the current escalating intra-elite fights into a revolutionary inter-class economic and political struggle and correct the mistakes of November 2017.

Are the advanced workers and youths ready to take up this historic challenge?