HARARE – Shingi Munyeza, a prominent pastor and businessman who fell out of favour with President Emmerson Mnangagwa over his searing criticism of his regime from the pulpit has been kicked off the board of the state-run Zimbabwe Newspapers Group, ZimLive reported Monday. 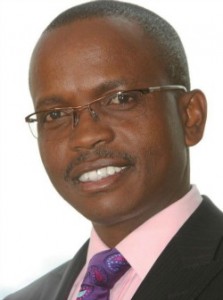 Munyeza has been jettisoned with two other Robert Mugabe-era board members after their loyalty to Mnangagwa’s regime was questioned.

Rejoice Nharaunda and Karen Dube were reappointed in 2019 when the current Zimpapers board was installed, while Munyeza was drafted in with six others – Primrose Ruvarashe Kurasha, Sibyl Madzikanda, Tsungai Chibvongodze, Tatenda Chiweshe, Ladson Mhango and Tommy Sithole.

A source said: “The regime is paranoid ahead of elections in 2023 and they want people they can trust in strategic positions. Munyeza, Nharaunda and Dube could not be trusted.”

Munyeza declined to answer our questions while Dube could not be reached.

Deputy information minister Kindness Paradza said tersely: “No comment, but if it happens am sure it should be above board.”

The ministry of information which keeps a hawk’s eye on state media is reportedly lining up three replacements, including two officials from Zimstats and NetOne.

Munyeza, who now faces the prospect of being frozen out of the Presidential Advisory Committee appointed by Mnangagwa, has used the pulpit to criticise Mnangagwa’s economic policies and human rights record, describing his regime as an “oppressive occult.”

The preacher was forced to take time out from pastoring at his Faith Ministries Church in January this year after his daughter outed his marriage problems on Facebook. Munyeza was forced to apologise on social media for adultery, saying he had “failed” as a leader.