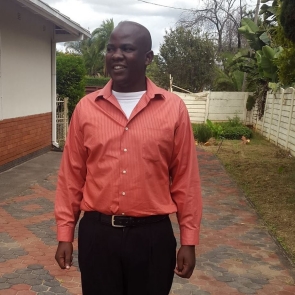 The programme is targeting women from Wards 5 and 6 within the Wedza district.

As part of the programme, WERDIT is also working with different policy makers in Wedza district.

WERDIT Director, George Makoni said that the programme seeks to break the patriarchal nature of societies which has largely limited women participation in development initiatives.

As a way of countering patriarchy, WERDIT has created spaces for women to gather and discuss issues affecting them, said Makoni.

“We have come up with Women Only Community Dialogue meetings on peace building and local government to allow women to articulate their issues without the fear of their male counterparts. Generally women are not free to speak out in the presence of their male counterparts due to the patriarchal nature of our societies. We also have a Women’s Forum for our structures known as China Chemadzimai held every Thursday in every ward,” said Makoni.

The platforms, according to Makoni, have unearthed a number of issues affecting women which WERDIT, working in collaboration with the relevant authorities in Wedza District is now seized with.

“Issues discussed at these platforms include sexual reproductive health issues and the state of the rights of women. A number of issues have arisen including gender based violence, rape and sexual abuse of minors. We are however glad that a number of government ministries as well as some civic society organisations are recognizing these platforms and we are working with them to address issues coming out at these platforms,” said Makoni.

As part of efforts to empower women WERDIT has also set its sight on projects aimed at improving the welfare of women within Wedza district.

“WERDIT is now setting up women’s community gardens in wards 5 and 6 in order to promote their livelihoods. This is expected to go a long way in bringing about self sufficiency for women hence doing away with dependence on men,” said Makoni.

“We now feel motivated to stand up for our rights because we have been empowered with knowledge through our engagement with WERDIT. We are also engaging our male counterparts because we feel this knowledge needs to be shared with society at large so that we create equal, peaceful and prosperous societies,” said Chinyama.