Crisis in Zimbabwe Coalition notes with concern threats of violence against opposition supporters which were issued by Zanu PF supporters during the unveiling of a statue for the long-gone heroine, Mbuya Nehanda on May 25, 2021. 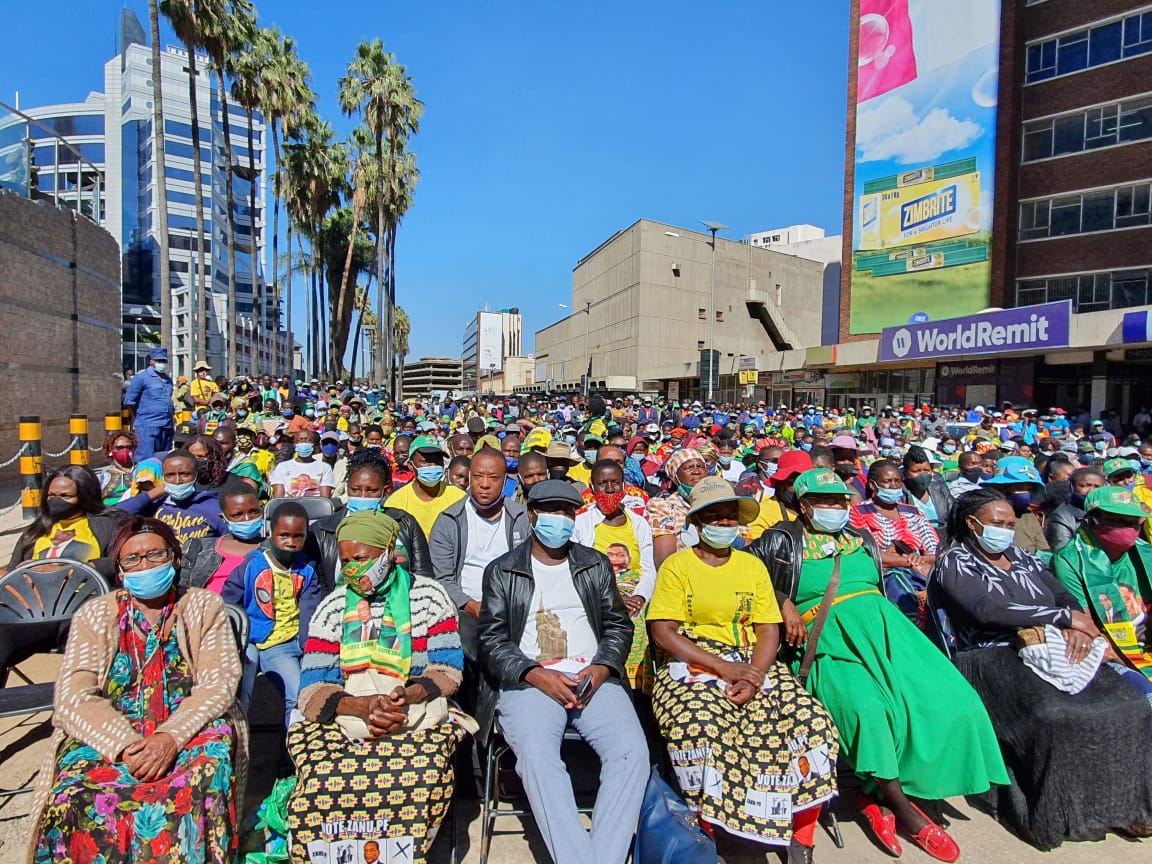 What was supposed to be a national occasion was turned into a Zanu PF event with the ruling party supporters affirming their support for President Emmerson Mnangagwa while threatening to unleash violence against opposition supporters ahead of the 2023 elections.

Video clips of the Zanu PF supporters singing and denouncing the opposition have since gone viral.

The threats from the Zanu PF supporters raise fears of yet another bloody election come 2023.

Crisis in Zimbabwe Coalition implores the ruling party, Zanu PF particularly its leadership to reign in their supporters and condemn all forms of violence.

We are also concerned over reports of victimization of people by police in the Central Business District (CBD) during the unveiling ceremony.

We have also noted with great concern that the ruling party, Zanu PF continues to defy Covid 19 lockdown regulations by embarking on events that attract huge gatherings.

The unveiling of the Mbuya Nehanda statue yesterday (May 25, 2021) was attended by hundreds of ruling party supporters in direct defiance of Covid 19 lockdown regulations on public gatherings.

This was the third time in a week that President Mnangagwa has gathered large gatherings in defiance of the World Health Organization (WHO) regulations on Covid 19.

It is regrettable that the President and the ruling party have of late been at the forefront of defying Covid 19 regulations.

We implore the ruling party to comply with Covid 19 regulations and desist from issuing out hate speech.