Pregnant women and girls are at risk of  life changing childbirth-related injuries, including obstetric fistula, as many shun public healthcare facilities in favour of home-based deliveries due to inadequate health infrastructure, cultural practices  and high hospital costs, Amnesty International said today in a new report. 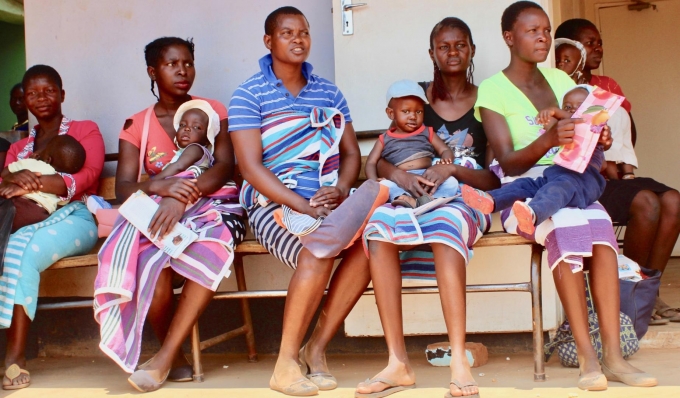 The report, “I never thought I could get healed from this“, lays bare the physical and psychological trauma that women and girls who experience obstetric fistula in Zimbabwe go through. The condition, described as the “most devastating birth injury” by the World Health Organization (WHO), results in continuous and uncontrollable leaking of urine or faeces, resulting in social stigmatization and lifelong emotional scars.

The report also finds that the trauma of obstetric fistula is exacerbated by the lack of information about the causes and treatment of the condition and on-going difficulties accessing post-natal health services and treatment for maternal injuries due to Zimbabwe’s poor healthcare system.

“Zimbabwe has one of the highest maternal mortality rates in the world and pregnant women have to gamble with their lives by opting for home births due to underfunded and under-resourced government hospitals or because they cannot afford the costs of care. Cultural beliefs also mean that some women don’t have a choice but to submit to home births administered by untrained family or community members,” said Deprose Muchena, Amnesty International’s Director for East and Southern Africa.

“It is unacceptable that women and girls remain at risk of this life changing condition while giving birth. Zimbabwean authorities must urgently address the root causes of obstetric fistula – giving birth should not come with health risks that could easily be prevented.”

Obstructed labour associated with obstetric fistula has been identified as a major cause of maternal mortality worldwide, and in as many as 90% of cases, women who experience obstetric fistula also suffer a still birth.

Barriers to prevention and treatment of obstetric fistula

Although Zimbabwe’s Ministry of Health and Child Care advises women to give birth in health facilities, demographic data indicates that nearly one quarter of women give birth without skilled assistance due to cultural preferences, religious beliefs, economic constraints, lack of decision-making power and fears of poor care from the formal health system.

Community members also raised the fear of being shamed by health professionals and a concern over the lack of privacy and confidentiality among health care workers as other reasons for staying away from the formal health system. One woman said that “the nurses at the hospital don’t take care of women in pregnancy, it can be rough and people stay away”.

Economic challenges have left women with limited choices. Even in cases where women might have wanted to give birth in health facilities, they were unable to do so because they were economically dependent on their partners or families who were unwilling or unable to pay for birth-related costs.

Thriving cases of obstetric fistula and abuse in home births

In 11 cases that the organization came across, women who had been medically diagnosed with obstetric fistula shared experiences of severe abuse and suffering during labour, including at the hands of their in-laws. In most of these cases, a home birth began in the marital home under the authority of older women who were untrained to deal with complications, and in some cases, were reported to have been violent and abusive.

Another survivor, Chenai*, was 16 when she experienced a long and traumatic obstructed labour and was made to push, but realised the baby was dead. She began leaking urine but spent two weeks at home before receiving any medical care.

“Until the government of Zimbabwe delivers its commitment to make maternal healthcare freely available and accessible to all who need it, pregnant women and girls will remain vulnerable to risks related to giving birth, including obstetric fistula,” said Deprose Muchena.