A conservation system known as Pfumvudza, which Zimbabwe officially adopted at the beginning of the 2020/21 agriculture season to increase farmers' resilience, has seen a reduction in fires. 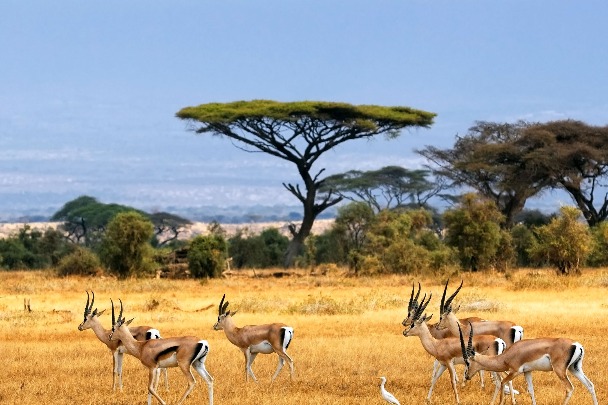 In the past, farmers burned crop residue, but in conservation agriculture, they use it for mulching or to fertilize crops.

“We are happy with Pfumvudza. It’s good for agriculture, but it’s more of an environmental approach. Now, because of the need to mulch, people are no longer burning crop residue,” and that has led to fewer fires, said Steady Kangata, director of environmental management services with Zimbabwe’s Environmental Management Authority.

Conservation agriculture is among the strategies the country is using to fight veldt－open grassland－fires. With around 90 percent of the country highly vulnerable to fire, minimizing the risk of veldt fires has become a more urgent task for the country.

Zimbabwean Information Minister Monica Mutsvangwa said on May 18 that due to excessive rainfall in the 2020/21 agriculture season, most areas of the country have been overgrown with weeds, shrubs and other plants, which dry out and become flammable in the dry season, increasing the risk of fires.

To reduce the threat of veldt fires to the economy, Zimbabwe’s Cabinet approved the 2021 Fire Season Veldt Fire Management Strategy and called for local authorities to prepare plans to deal with the problem.

Isaac Matsilele, secretary-general of the Association of Rural District Councils, said local authorities are working on an integrated environmental action plan to deal with veldt fires.

“We have no integrated approach when dealing with veldt fire management, but we are always encouraging individual local authorities to have prescribed environmental action plans to respond to veldt fires,” he said.

“We are also urging people to control their burning,” he said, adding that the Ministry of Transport is cutting grass where the fire danger is especially high.

Kangata, of the Environmental Management Authority, said the agency had accelerated fire awareness programs in the agriculture, transportation and electricity sectors, as well as among traditional chiefs and local authorities.

The agency has also instituted other fire suppression strategies such as hay baling, construction of fire barriers, firefighting training, farm inspections and issuing of fire prevention orders that outline the conditions that farmers must meet.

“We have a stipulated period which we call the fire season, from 31 July up to the onset of the first rains. Before this period, fires are allowed for pasture control and tick control, but after then, no one is allowed to start a fire,” Kangata said.

Although Zimbabwe saw 30 percent fewer veldt fires in 2020, an average of 1 million hectares is destroyed by veldt fires each year. In addition, veldt fires killed 112 people between 2010 and 2020.