With Zimbabwe’s workers fighting for justice, it’s time for a fundamental rethink of U.S. policy toward the country. 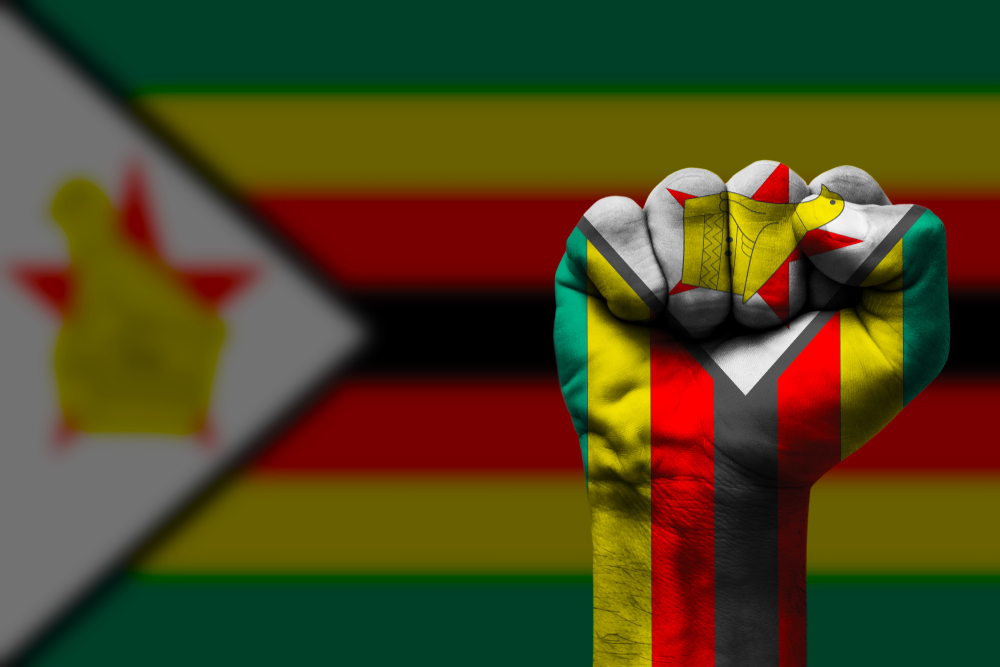 With Zimbabwe’s workers fighting for justice, it’s time for a fundamental rethink of U.S. policy toward the country.

This is “no longer business as usual,” declares Peter Mutasa, President of the Zimbabwe Congress of Trade Unions (ZCTU). “Unions are going to be united.”

According to Mutasa, the situation in the country is dire, with basic salaries at or near the poverty line and workers unable to meet basic expenses. The COVID-19 shutdowns and related economic dislocations have reduced incomes for more than half of all urban workers. According to labor representatives, the government’s response has been to collude with business to stifle workers’ rights.

Responding to the crisis, representatives of all Zimbabwe’s major worker organizations met last month to discuss falling working conditions and wages, vowing to use their collective voice to work towards decent work and decent lives. The organizations included the ZCTU and the Zimbabwe Federation of Trade Unions, which is perceived as pro-government, and the Apex Council, the body that represents all government workers.

During an April 22 meeting of government, business, and labor — the Tripartite Negotiation Forum — labor leaders walked out in protest against the government’s unwillingness to prioritize critical worker issues. Forty-one years after Zimbabwe’s April 18, 1980, Independence Day, “working people and peasants are paying the price of the country’s economic crisis,” and “former liberators have turned against the people,” Mutasa says.

This week, workers in more than 66 countries celebrate International Workers Day, or May Day. However, workers in Zimbabwe have little to celebrate and instead will commemorate the day by bringing together workers to fight for political and economic justice.

Here in the U.S., we have an opportunity to support those efforts by using our collective power to press the Biden administration for a fundamental rethink of U.S.-Africa policy generally and Zimbabwe policy specifically.

For Zimbabwe, this is the time to broadly consult with key stakeholders in the country and throughout the region, to reconsider ineffective strategies, and like the country’s labor movement, work towards people-centered solutions for Zimbabwe’s economic crisis.

Many activists in Zimbabwe are divided regarding the effectiveness and usefulness of the U.S. sanctions imposed in 2003. However, beyond debate is that nearly 18 years later, it is past time for a systematic evaluation of those sanctions, along with a new assessment of foreign assistance priorities and mechanisms.

Tax Justice Network Africa, which promotes progressive taxation systems in Africa and hosts the Stop the Bleeding Campaign, writes that Zimbabwe “lost about $11.2 billion to IFFs between 2009 and 2018 through trade mispricing.” Corruption and illegal mining, which also contributes to environmental degradation, generates significant financial losses.

Current sanctions do little to address the structures and systems that work with individuals to loot Zimbabwe.

Where are the financial repercussions for mining companies in Zimbabwe that siphon away money to tax havens, avoid tax payments, including companies that reportedly dodged paying basic payroll taxes? How does current U.S. policy help regional organizations update outdated tax structures, update licensing and monitoring systems to track better the outward flows of financial and commodity resources, and promote transparency and accountability?

Also, with nearly half the country living in extreme poverty, it is past time to audit and cancel Zimbabwe’s external debt.

An audit will help disaggregate and clarify the nature of the debt, which includes budget and trade deficits, compensation to white commercial farmers displaced by a 2000 land reform program, as well as loan repayment arrears. In addition, the country is still on the hook for inherited Rhodesian debts and an indefinite amount of debt to Chinese lenders.

Even if the government were committed to the kind of “macroeconomic policies and structural reforms” required by the International Monetary Fund, the state would spend most of its resources servicing the debts instead of addressing unemployment, poverty, and unmet social needs.

While Zimbabwe’s workers and their families continue fighting for economic and social justice, we can help level the playing field by using our voices to call for a fundamental rethink of U.S. policy on Zimbabwe.