I am always intrigued, and oftentimes bemused, witnessing the concerted efforts by many sections of Zimbabwean's society, in their energetic attempts in urging the country's youth to register to vote. 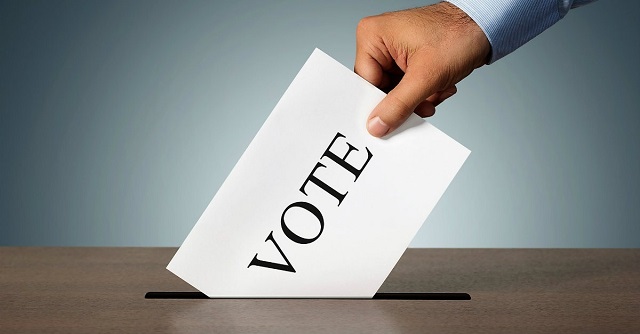 I find myself asking, “What is there on the political table, that would encourage, or even entice, our youth to vote? Why should they be so eager to make a choice where there is clearly no choice?”

Youth all across the globe are not very difficult to convince of a cause – nonetheless, they are not fools, and do not just believe anything they are told, but question everything, in order to be convinced whether a particular cause is worth their interest, or not.

We all have been youth, or we now have youth as our children – and, we know very well, how amply answering the question, “Why?”, has always been the key to either success, or failure, in convincing a young person of anything.

Therefore, the rules have not changed, and will never change – if anything, the youth of today are even more questioning that my own generation – and, as such, convincing them takes more than some hashtags on social media.

Why should they register to vote?

The usual, and most obvious, answer would be, “So that they participate in the choosing of the government of their choice”.

In fact, I fully concur with the youth’s sentiments.

Although, I registered to vote in the 1990s (when I turned 18 years old), and again in 2017 (after the rolling out of the biometric voter registration exercise) – I have, nonetheless, taken part in only two elections (in the year 2000, and 2002), and the constitutional referendum of 2013.

I remember the euphoria surrounding the 2000 and 2002 elections – which came on the heels of the formation of the MDC in 1999, which appeared to most of us (being also youth at the time) as a God-sent answer to our fate, considering that we had lost all hope in the country’s future, that had been wantonly destroyed through the corruption and mismanagement of the ruling ZANU PF regime.

Nevertheless, after the opposition won most urban parliamentary seats, as well as took complete charge of most city and town councils, it did not take long for that excitement bubble to be horribly burst, and the honeymoon to come to a terrible and painful abrupt end – as it became quite clear that the MDC was nothing more than a rival identical twin of ZANU PF…cut from the same cloth of looting, fraudulent tendencies, and clueless in implementing effective policies.

Thus, when the contentious 2008 elections came, some of us (who were still youths) had already become thoroughly disillusioned, discouraged, and disappointed, such that we lost all interest in taking part in any elections – whereby, the main course on the menu were those two political parties, that had hotly competed in turning our lives upside down, further ruining our once glorious country, and depriving us of whatever little hope we had left.

Both the country, and our cities and towns, were turned into nothing more than ruins – as both parties sought to outdo one another in plundering as much as they could, whilst leaving only empty depleted shells of a nation.

Let us always remember that the youth have dreams. Massive dreams.

When we were growing up, we wanted to be successful lawyers, writers, doctors, architects, accountants, and so much more – and, these are the same dreams of today’s youth, if not even more, since they are exposed to the world more than we were.

Yet, at the hands of these political parties that we are supposed to choose from – all those dreams have been turned into horrible nightmares.

Not all youths are interested in becoming farmers, neither to do they want to be reduced to Makorokoza (alluvial gold miners), or run around operating some small businesses – but, want to fulfill their long-held passions and dreams in becoming lawyers, doctors, teachers, nurses, and so forth.

Yet, when they look around, all they see are doctors who can not even afford they own houses, but have to live in dormitories, as if they were some pupils at boarding school – like we recently witnessed at Mpilo Hospital, after doctors lost valuable property, as a result of a fire that gutted their hostels.

Some youths dream of being teachers or nurses – yet, all they see are their own teachers being lodgers, or nurses who protest saying that they can not even afford to buy their own panties.

Quite frankly, there is no motivation for the youth to register to vote, as it is abundantly clear that there is nothing to choose from – unless, the option of, “None of the above”, was to be included on the ballot paper, then an influx of youths will be witnessed flooding voter registration centers.