The massive growth achieved by the Chinese over the past 50 years has been made possible by two principle factors. The first was their ability to borrow cheap money from the older and more developed economies of the West with the result that they are now among the most indebted nations on earth. 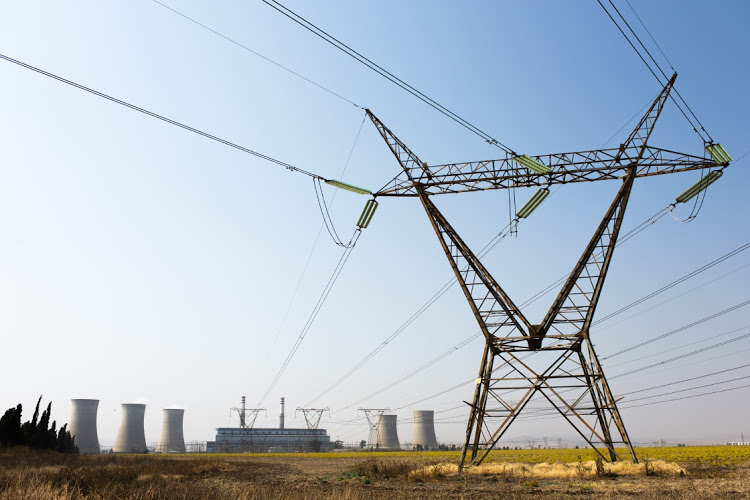 The second was their ability to feed their factories with cheap electricity generated on coal that they used at cost. To achieve this, they have built literally hundreds of coal-fired thermal power stations at the cost of their environment and they are today, perhaps the worst country in the world for atmospheric pollution.

Great achievements but at huge cost, a cost that they will have to bear going forward. But as a result, they have lifted over a billion Chinese out of abject poverty into middle-income status. The fastest transformation in history.

We are in the position that they were in when Mao died. Millions in abject poverty and a tiny modern economy that can barely feed itself. Our death rates have risen to the point where life expectancies are half what they were in 1980.

We, like China in 1975, now have a Government that is committed to building up our economy so that it can lift the majority of our people into middle-income status by 2030 – ten years might be ambitious but that is what happens when you start growing at double-digit rates. No matter what the IMF and the World Bank says, we are going to see growth this year at over 10 per cent, a great start to our efforts to transform our situation and start getting our people lifted out of poverty. We are at last seeing real job growth for the first time in 40 years.

But we have two problems that can stop our growth in its tracks – the inability of our Banking system to fund our growth and development on the scale required and insufficient electrical energy to sustain such growth. South Africa is in a similar predicament in so far as power is concerned and for much the same reasons. To unlock our access to global financial markets we have to get out of the cage we are in diplomatically. The Americans might argue that the Zidera Act does not affect our people but speak to any bank or big business here and they will tell you a very different story.

But I want to concentrate on something we can do something about – the failure of ZESA and Eskom to meet the demand for electrical energy.

In Zimbabwe we have three small coal fired power stations that are now literally museums of power technology. They consume expensive coal and produce expensive power and serious emissions that would see them mothballed in any other country. We have a large coal-fired power station at Hwange that was built in 1968 under UN sanctions and was stapled together with second-hand plant. A great achievement for the regime of the day, but today its generators, capable of producing 900 megawatts, are long past their sell-by date and current power cuts are testimony to this.

This past week, industrialists, meeting ZESA management to express alarm at the situation, were told to face the fact that the two new generators scheduled to come on stream next year may witness the closure of the older plant – 600 megawatts of new capacity accompanied by a loss of 900 – a reduction of 300 megawatts of installed capacity.

We are well on the way to installing perhaps 200 megawatts of solar power projects but this will be about all we can absorb at this time. If you are sensible and can afford the cost, you should install solar on your home or factory roof with modern batteries and come off the grid because it is so unreliable. In the long term you may even save money.

Then there is Kariba Dam – completed in 1958 at a cost of US$100 million it was the best investment we ever made, especially when you appreciate that when UN sanctions were imposed on us in 1965, Britain had to pick up the cost of the Dam on the Rhodesian side. We now get 1200 megawatts from the Dam at US$1,5 cents a kilowatt at the wall, cheapest power in the World and totally clean and renewable.

But when it was built we knew it could only sustain 1600 Megawatts – 800 on both sides. This was based on 50 years of rainfall and river records and I am sure this has not changed. So we have now nearly doubled this to 2400 megawatts and it is unlikely that we will ever see the dam full again. Right now we are running all turbines at capacity and the river below Kariba is permanently in flood. We are just lucky that this year the rainfall in the key catchments has been well above normal. But the basic truth is we cannot rely totally on this source.

Then there is Eskom in South Africa – at one time this State owned company was led by a fantastic management team with a visionary as the CEO. They invested in power generation and like the Chinese, based it on cheap coal with the one exception of the sole nuclear powered plant in Africa in the Cape. The result was ample power for South African industry and on the back of that they became the most industrialized State in Africa. In addition, they had sufficient surplus to supply the region when we wanted power. On the back of this source we became complacent and halted investment in our own power systems.

All that changed when South Africa became a democracy and the new Government took power. Black empowerment strategies decimated the staff structures of all State-controlled entities, including Eskom. The skilled and experienced staff at all levels were lost to other countries. Senior management simply lost the plot. Coal supply contracts were awarded to cronies, or worse, the Guptas. After failing to maintain existing capacity and to invest in new plants, Eskom embarked on two massive new coal-fired plants – and then saw corruption and poor design and management drive the cost overruns to the extent of billions of Rand. They will never pay for themselves. Failure to meet domestic demand meant that all regional states, including Zimbabwe, had to look to their own sources.

The savior of the region was perhaps the Cahora Bassa Dam contracted by the Portuguese just before Independence in Mozambique. This feeds South Africa and Zimbabwe and without this unit we would be in really big trouble.

How to get out of this hole and how to generate enough power to support the growth that is essential if we are to achieve our targets? The first thing is to have a road map which we can implement on a phased and planned basis. We must recognise that our present crisis is caused by the failure of management of these two giants. Failure to plan, failure to manage their systems and failure to see to it that they can pay their way. Eliminating cronyism and corruption is not only necessary, it’s essential or we guarantee failure. As Deng Zou Ping said – it does not matter what the color of the cat is, does it catch mice?

First, we must recognise that this will take time and money. Secondly, we cannot do it alone – the solutions are regional in character and we cannot expect South Africa to rescue us this time. I would start with two projects – north bank of Cahora Bassa and Lusulu Power station at Binga. We also need to look into the possibility of a 1200 megawatt gas-fired power station at Feruka outside Mutare, based on LPG imported via Beira. For the rest we need an integrated program to develop the massive capacity of the Zambezi River system – possibly 15 000 megawatts of clean electricity that could be funded by the new funds created for this purpose by the USA and Europe.