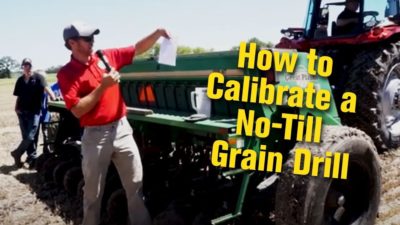 The Food and Agriculture Organization of the United Nations (FAO) and Foundations for Farming (FfF) have been training government extension staff to implement the Pfumvudza concept — which comprises CA practices — to help bring food self-sufficiency to Zimbabwe.

It is hoped that the project will address the problems of low levels of productivity and production, making the country’s farmers and households more resilient to climate shocks and ultimately ensuring food security in Zimbabwe. The scheme also offers real potential for commercialization by encouraging smallholder farmers to produce surplus food to earn a regular income.

Pfumvudza is a crop production intensification approach under which farmers ensure the efficient use of resources (inputs and labor) on a small area of land to optimize its management.

“Pfumvudza means a new season of increased productivity; it is a season of producing more on less land and with less resources; a season of climate proofing our agriculture through … [the] adoption of Conservation Agriculture,” said the Permanent Secretary of the Ministry of Lands, Agriculture, Water and Rural Resettlement, John Basera.

The concept has been successful in helping farmers to produce grains including maize, sorghum and millet, while it also encourages the rotation of legumes such as beans, ground nuts or cowpeas.

According to Matthew Mbanga, CEO of FfF Trust, “The secret to the project’s success has been its scalability. Conservation Agriculture drastically reduces the workload for farmers and limiting the size of plots makes it even more manageable.”

Responding to a Changing Climate

The government’s objective is to climate proof the agricultural production of smallholder farmers (who make up 80% of farmers in Zimbabwe) and ensure food self-sufficiency for the nation.

Gogo Matilda, an elderly widow, is testimony to the impact of Pfumvudza. After receiving training on Pfumvudza from FfF she implemented the practices and managed to harvest enough maize to feed herself and her grandchildren for a whole year. Implementing Pfumvudza transformed Gogo Matilda’s household from one that was vulnerable and food-insecure, to one that is food secure and able to produce its own maize.

By implementing Pfumvudza, farmers like Gogo Matilda save time, land and money as a result of a reduction in inputs and labor. This allows them time to invest in other commercially viable income generating activities and develop new streams of income, which can be used to meet basic needs and purchase a variety of food items to ensure a balanced and nutritious diet.

Warming at twice the global rate, Southern Africa is one of the epicenters of global climate change and through the Malabo Declaration, African heads of state declared that 25 million farmers should adopt climate resilient production systems by 2025 to protect their food and nutrition security and livelihoods.

Zimbabwe’s efforts are certainly a step in the right direction, according to Lewis Hove, Head of FAO’s Resilience Hub for Southern Africa, and SUCASA Coordinator: “By working more closely with our partners — that is the private sector, governments and local authorities, resource and development partners, and NGOs — we’ll be in a much better position to help farmers incorporate CA practices into their farming.”

“Ultimately,” he says, “this is only going to help Southern Africa’s farmers become more resilient to climate shocks.”