Ferdinand Spit (Ferrie) was a Dutchman who worked with us at Silveira House in Zimbabwe in the 1980s on industrial relations. He often spoke of our ‘reaching the limits of our possibilities’, a phrase a born English speaker would probably not use. 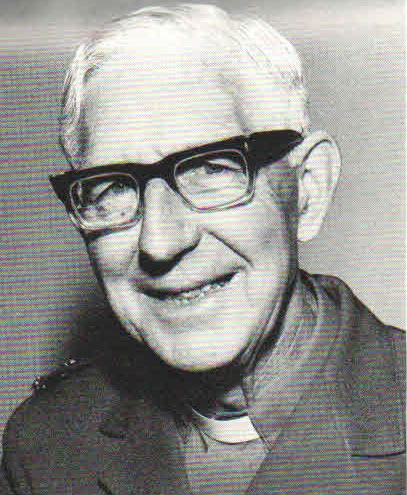 They would go for something simpler like, ‘doing our best.’ But it is a striking phrase and I remembered it this week when reading about Fr Henry Swift who was prison chaplain – at first unofficially, then officially and in uniform – in Harare Central Prison from 1935 to the time of his death in 1973.

When the state executes a person, it reaches the ‘limits of its possibilities’. It can give no greater punishment and, while it may welcome the presence of ‘chaplains’ in its prisons, it can not prescribe how they should approach the condemned or what the effects will be. In Doris Lessing’s The Grass is Singing, Moses murders madam and awaits his arrest, trial and execution with seeming equanimity. Lessing does not give us his thoughts. She too has reached her limits. She leaves us to tease out his motivation.

And we may come up with wildly different opinions. Was Moses’ composure the result of his feeling of triumph at having broken through the great wall of racial segregation and performed a courageous act of expiation for his nation? Maybe. Henry Swift did not speculate. He knew the Moseses he accompanied to the scaffold were God’s children and his only desire was that they finish their journey without fear and at peace. Here is, in part, his own account of what he did:

… The relays of guards are very considerate towards the condemned …With Catholics, the faith helps them to die well. … After Holy Communion … I tell him that later his hands must be strapped behind him so that he cannot hurt himself – saying nothing about the fall – that his eyes will probably be covered, that he will hear my voice on his right and that he will have time to say the name ‘Jesus’ about three times before the rope is made quite tight, at which moment he will die and should be thinking of going to God. … as he is being strapped, I tell him the executioner will do everything without hurting him…

For Henry Swift, men and women were born for eternity. There were no limits. He was a man of his time and we might demur at some of his choice of words. We would not now, for example, say ‘Catholics’ but, more inclusively, ‘Christians’. But his gentle, respectful attention to the condemned speaks of a world view sans frontiers, without limits.