HARARE – Zimbabwe’s ruling Zanu PF paid US$990 million in bribes to SADC leaders and regional liberation movements to endorse the disputed 2013 elections, a new report by the Centre for Natural Resource Governance (CNRG) has claimed. 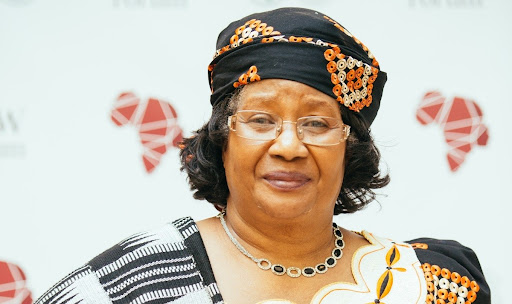 Locating Zanu PF as a beneficiary of illicit election funding, researchers for the study (Mortgaging the Future in Return for Power) found that the liberation movement was selling off state-owned mining claims and minerals to a shadowy network of shelf-companies that eventually delivered the proceeds back to Zanu PF in the form of election funding.

“Official documents gleaned by the research team covering the July 31, 2013 elections give a window to understanding how Zanu PF election funds are sourced and the individuals or companies responsible for underwriting its huge election expenses,” the paper reads.

Adding: “According to the report, a great part of the budget, 67 percent, which amounted to US$2.01 billion, went towards the presidential campaign while US$990 million went towards ‘regional diplomacy’ (next SADC chair, liberation movements) to drum up ‘support for poll credibility before, during and after elections’.

“The so-called ‘regional diplomacy’ is nothing but a euphemism for bribes paid to the SADC Chairperson, then-President Joyce Banda, and liberation movements in the SADC region to proclaim legitimacy to the elections whose credibility Zanu PF anticipated was going to be questioned.”

A Joint Operations Command (JOC) document acquired by the researchers revealed that US$800 million was provided by Chinese miner Anjin and Mbada Diamonds in exchange for tax-free diamond mining rights in Marange, Manicaland province, where vast alluvial diamonds fields where discovered by artisanal miners before the area was violently taken over by the military in 2008 after 35,000 fortune hunters descended on the area. Over 200 were killed.

“The internal document from the CIO (Central Intelligence Organisation) director general’s office, dated 23 May 2013, shows that a total of 16,000 carats were shipped out of Zimbabwe to Angola and Hong Kong between 04 April 2013 and 10 May 2013 and a total US$58 million was realised from the illicit sale of the gems,” CNRG said, appearing to confirm accusations by then (2009 – 2013) finance minister Tendai Biti that Anjin was not remitting diamond proceeds to treasury.

“The same internal CIO document clearly states that the money raised was for ‘Special Interests Projects’ (elections) and part of the shipment was taken to Number 88 Queensway, Hong Kong, ‘on behalf of the Special Interests Projects’ by Air Vice Marshal H. Muchena who, according to another security document, headed the Zanu PF Commissariat together with retired director, Counter Intelligence, Sydney Nyanungo.”

Muchena and Nyanungo are also accused of presiding over a violent quasi-military operation code-named ‘Operation Return to Zanu PF’ funded by the US$800 million provided by Mbanda Diamonds and Anjin.

The researchers also link the violent 2008 presidential run-off to illicit election funding which was used to sponsor the violence.

According to a quoted Zanu PF informant, Bokai mine (Todal Mining (Pvt) Limited) was sold for US$175 million to the Central African Mining and Exploration Company (CAMEC) through an intricate web of shelf companies registered in the British Virgin Islands.

Zanu PF, through the Zimbabwe Mining Development Corporation, “benefitted a quick fire of US$100 million from the sale which they used for the bloody June 27 2008 presidential election run-off”.

“The same source revealed that Billy Rautenbach, through Meryweather Investments Limited, got US$75 million from CAMEC in addition to coking coal mining rights in the Hwange Western Areas that he was given by the government of Zimbabwe for arranging the deal”.

Within a month of purchasing Bokai mine for US$175 million, CAMEC valued it at US$1 billion.

“This means that the government of Zimbabwe was prejudiced of US$825 million because of the illegal and desperate sale of the mine,” the researchers concluded.

Adding: “What is clear from the documents is that the Mbada Diamonds deal, just like the Bokai mine deal that funded the 2008 presidential run-off, was structured in a way that involved a lot of shelf companies registered in the British Virgin Islands to obfuscate the ownership structures in a way to suggest there were a lot of things that ZMDC, the government of Zimbabwe and Zanu-PF wanted to conceal.”