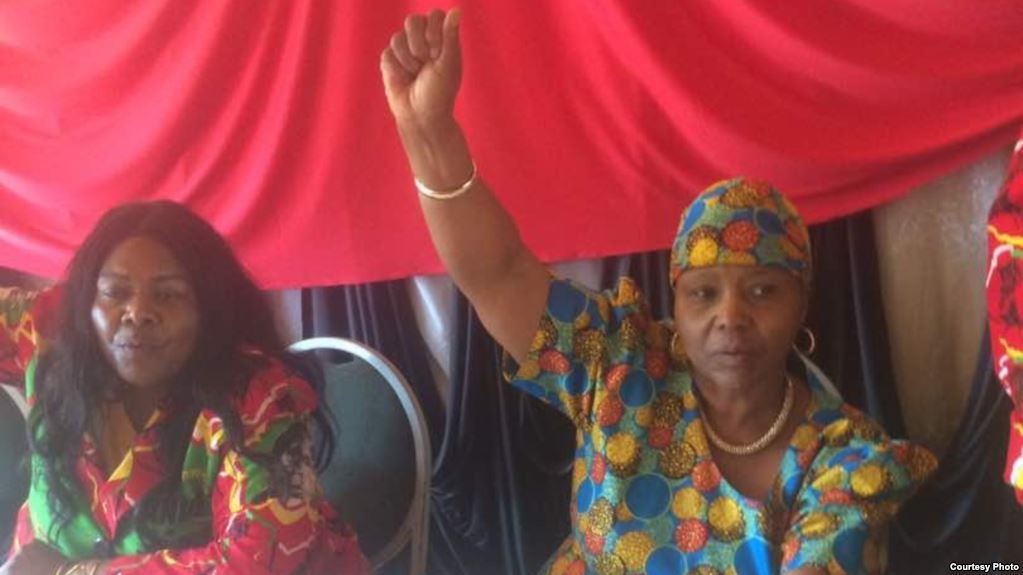 FILE PIC: Defence Minister Oppah Muchinguri-Kashiri chanting the Zanu PF slogan in Mutare …While some countries have to deploy combat troops to Mozambique, Zimbabwe had pledged to assist in training Mozambican soldiers to help them combat the Islamist insurgency that has rocked the northern part of the country, said Muchinguri-Kashiri.

According to the official, Zimbabwe will send a total of 304 soldiers to Mozambique, comprising 303 instructors and one specialist officer to the coordinating mechanism of the SADC Force Headquarters in Maputo, the capital of Mozambique. SADC refers to the Southern African Development Community.

Zimbabwe’s contingent will be deployed once the Status of Force Agreement has been signed, the minister said, adding that the Parliament of Zimbabwe will be informed accordingly about the development.

During SADC’s extraordinary summit that was held in Maputo last month, SADC member states resolved to deploy a force to help Mozambique contain insurgency in its northern provinces where terrorists have left a trail of destruction that also threatens regional peace.