The South African publication Daily Maverick has published a new report on the dodgy business dealings of Kudakwashe Tagwirei, Zimbabwe’s richest businessman and a close advisor to President Mnangagwa. 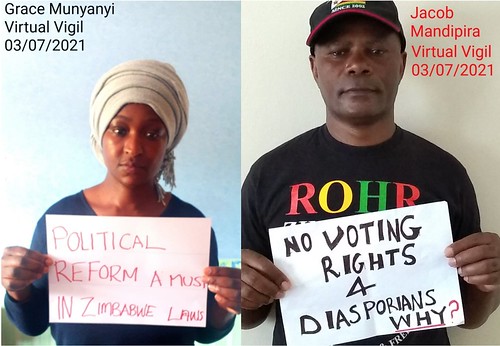 The report is titled ‘Shadows and Shell Games: Uncovering an Offshore Business Empire in Zimbabwe’. It looks at the business manoeuvres Tagwirei uses to tighten his hold on the Zimbabwean economy and increase his reach into other countries in the region, including South Africa and Mauritius.

The report is by The Sentry, an organisation based in Washington which describes itself as ‘an investigative and policy team that follows the dirty money connected to African war criminals and transnational war profiteers and seeks to shut those benefiting from violence out of the international financial system’.

John Prendergast, who co-founded the organisation with the actor George Clooney, said: ‘Zimbabwe has long been victimised by networks rooted in Zanu PF which have undermined the vast promise that the Zimbabwean people and natural resources possessed at independence’.

J R Mailey, its Investigations Director, said ‘whether it is Sudan, Congo, Zimbabwe or South Africa we see the role of offshore enablers – banks, lawyers, and company formation agents – again and again, enabling the looting of Africa’s resources by politically connected cronies. All of them – politicians, cronies and enablers – need to face accountability for what they are doing.’

Tagwirei was added to the US sanctions list last year on the grounds that he ‘and other Zimbabwean elites have derailed economic development and harmed the Zimbabwean people through corruption’. He is said to have used South African businessmen to evade the sanctions and create what he envisaged as ‘one of the biggest companies in Southern Africa’.

The report documents Russian involvement in the business deals as well as the role of the Zimbabwean military in what it called ‘off-budget financing of Zimbabwe’s abusive and partisan military’.

The Sentry alleges that Tagwirei bought out the military’s 50% share in a mining company. ‘Noting the role of the Zimbabwean military in violently suppressed demonstrations and keeping Zanu PF in power, the report argues that parliamentary financial control of any national defence force is a prerequisite to ensure the security sector cannot set and finance its own agenda. Off-budget revenue removes oversight over spending by Parliament and scrutiny bodies such as Zimbabwe’s Auditor-General. It would be troubling if a prominent tycoon accused of corruption purchased a mining company from Zimbabwe’s military . . . ‘

The report concludes ‘the operations of Tagwirei’s network are emblematic of larger, structural problems in Zimbabwe. A select group of politicians, the military, and businesspeople dominate government decision-making with little oversight or scrutiny. Key information about public finances remains shrouded in secrecy. An environment of impunity prevails. Left unaddressed, these dynamics will likely become further entrenched.’

It calls for a ‘co-ordinated strategy to counter state capture, involving the US, the UK, the EU, and the World Bank (see: https://www.dailymaverick.co.za/article/2021-07-01-dismantling-zimbabwes-kleptocracy-report-lifts-lid-on-kuda-tagwireis-offshore-dealings-and-sanction-avoiding-strategies/ and ‘The Offshore Hive of Zimbabwe’s Queen Bee, https://www.ft.com/content/af8f3546-1b9b-40f1-afb1-5e7ce3b011da).