Despite its claims of progress, the Kimberley Process continues to greenwash the country’s conflict diamonds. 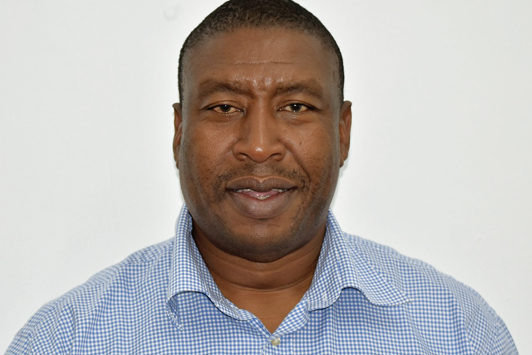 RAPAPORT… In the corridors of the Kimberley Process (KP) intersessional and plenary meetings, smartly dressed men and women exchange pleasantries as they gather to review progress in the KP implementation. Various working groups submit reports that all indicate great progress in ensuring traceability of diamonds and the ability of the scheme to stem out conflict diamonds. The generally agreed claim is that the KP has reduced conflict diamonds to a marginal less-than-1% of all diamonds in the global supply chains. In February of each year, the past chair of the KP submits a report to the United Nations General Assembly, highlighting the successes of the Kimberley Process in conflict prevention. To consumers, all diamonds reaching their cities are conflict free. Among the diamonds cleared by the KP as conflict-free are Zimbabwe’s Marange diamonds. These are mined in arguably the world’s most securitized diamond fields.

In 2007, the government placed Marange under the Protected Places and Areas Act (Ch. 11:12). Section 6 of the act states that the minister may declare a protected area “when Zimbabwe is engaged in war and immediately after” and/or “during any other period, if he or she considers on reasonable grounds that it is necessary to make the order in the interests of defense, public safety or public order.” This law has been used to declare villages around Marange diamond fields as war zones.

Hundreds of officers from the army, police and Central Intelligence Organization (CIO) have been deployed to this community. Violence has been normalized. Further, this law allows an authorized officer to search any person entering, seeking to enter or being in a protected place (or area), and may detain any such person for the purpose of searching him. Security agents in Marange regularly force their way into people’s homes by breaking doors and windows, abducting occupants to a detention center in the community, where they pay a ransom disguised as a fine. They do not produce any search warrants before forcing their way into people’s homes. The community lives in constant fear, as these are recurring events, infamously known as “reaction.”

The diamond mining area itself is fenced. However, artisanal miners, driven by unemployment and poverty, break into the fenced area at night to mine. Often, this is done after paying an “escort fee” to the mining companies’ private security guards or the state security agents. Further, artisanal miners have frequently discovered new diamond deposits outside the companies’ premises. As soon as there is evidence of mining activity, the Zimbabwe Consolidated Diamond Company (ZCDC) deploys its security to violently displace the artisanal miners and take over the area.

If captured, artisanal miners who enter the diamond mining area without paying an escort fee are subjected to the worst forms of torture. They are handcuffed, and vicious dogs are set on them. They are mauled for several minutes, then loaded onto ZCDC trucks, driven 40 to 50 kilometers deep into the forest where there are no human settlements, and dumped there. Some succumb to their injuries. While Section 53 of the Constitution of Zimbabwe states that no person may be subjected to physical or psychological torture, the country has not yet ratified the UN Convention Against Torture and Other Cruel, Inhuman or Degrading Treatment or Punishment.

Grinding poverty in a land of plenty

A significant identity of Marange diamonds among the Zimbabwean people is lack of transparency and accountability. The diamond mining takes place in arguably one of the poorest communities in Zimbabwe, and there is no evidence of the government investing a portion of the diamond wealth in the Marange community. The state-owned ZCDC has failed the accountability test. In her 2019 report on state enterprises, Auditor-General Mildred Chiri revealed that the ZCDC had failed to account for the use of $400 million, while also failing to properly account for 352,583.11 carats of stockpiled diamonds. These are not diamonds smuggled by ordinary middlemen. They are smuggled through official channels with KP certificates. Predictably, no one was arrested, let alone investigated.

Similarly, in 2016, former President Robert Mugabe revealed that of a possible $15 billion, only $2 billion had been realized from Marange diamonds. The rest was looted, possibly with KP certificates. Although these leakages have been brought to the attention of the KP, no action has been taken. To the jeweler in New York or Brussels, the moment they see the KP certificate, they are convinced that these are clean diamonds, yet the disappearing revenues are of significant proportions and have a bearing on the peace, safety and security of the people of Zimbabwe. There is a high possibility that this money from smuggled diamonds might be used to sponsor repression and human rights abuses beyond Marange.

Farai Maguwu is the founding director of the Centre for Natural Resource Governance (CNRG), a leading organization working on improved governance of natural resources in Zimbabwe. globalinitiative.net

This article was first published in the August 2021 issue of Rapaport Magazine.