DEWENDE – Tens of people injured during the infamous Kamungoma massacre on May 14 1978 in Dewende, Gutu including some who are living with bullets lodged in their bodies are wallowing in poverty because of lack of support from Government. 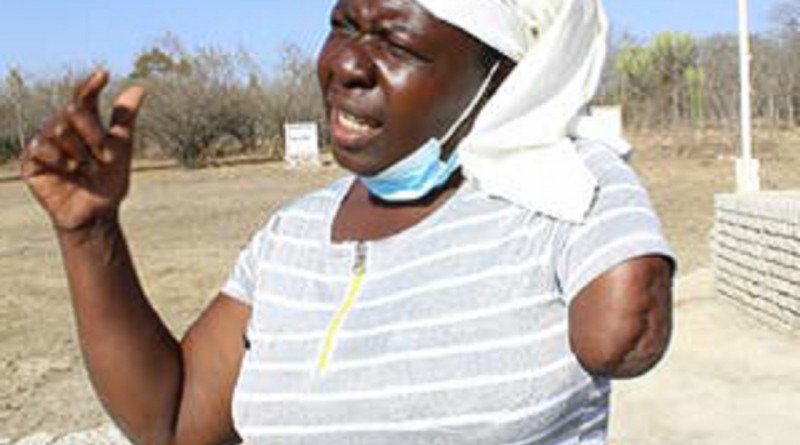 The Mirror visited the area which is 130km from Masvingo on the eve of this year’s Heroes Day and went to the horror site where 105 civilians including one Zanla combatant were killed in one of the worst liberation war massacres inside Zimbabwe. The attack by the Rhodhesian Army which lasted more than two hours happened at a pungwe attended by 300 people from surrounding Dewende farms, Chimombe and Chiwara Villages. The survivors complained bitterly during interviews with The Mirror that they are still waiting for Government compensation 41 years after independence.

Most of their colleagues died over the years from war wounds and they did not receive any assistance including State assisted burials. The MP for Gutu East, Berita Chikwama said she was aware of the problems facing Kamungoma war victims and added that there is debate currently going on at the highest level and she was confident the issue of victims who have not been compensated and of the paltry allowances would soon be addressed. They said they regretted their support for the war because there has been no rest for them since 1978. One angry woman, Monia Tarutira said she lost three relatives on the night, her daughter, her sister-in-law and the sister-in law’s child.

She said she was bitter with the treatment that war victims got from the Zanu PF Government. She said it was better for her daughter to be a sex worker than a war collaborator. “What kind of treatment is that? Dozens of people continued to die here for the last 43 years from injuries sustained during the attack. The Government did not take care of their medication or assist with burials. I get very hurt when I think of this and this is the reason why I came here to talk to you.

“It would be better had my daughter been a sex worker than a war collaborator. At least sex workers support their parents. Her grave is just a bush, Government has been making promises to build graves for Kamungoma War Victims but as usual it is just a promise. “My daughter once came to me in a dream and told me not to worry because she was going to fight. I am still waiting to see her fight,” said Tarutira.

Kamungoma War Victims chairperson Vongai Mapfumo said there were just a few victims who were compensated after the war and they include herself, her mother Patricia Mapfumo and Petros Makwanya who lives with a bullet lodged next to his brain. Tens of war victims with various degrees of disability ranging from 20 to 70% have not been compensated. Some have bullets lodged in different parts of their bodies, others suffered multiple fractures and can barely walk let alone do basic work like tending to their fields or carry 5 litres of water.

All those who spoke to The Mirror said that they are always sick and they need medication because of their injuries. Their ailments are worsening as they get older and so is their dependency on others for support. The three who are getting compensation from Government are just receiving an allowance of RTGS$3 000 which is equivalent to US$20 at the market rate.

Makwanya said because of their ill health, they needed a lot of support from Government. Ratidzai Nikisi said that they needed regular medical reviews and medication and this needed money. Chikuvire pleaded with Government to come to the rural areas and see the appaling situation of war victims. “Independence brought us hell. We lived a lie. We were so excited and relieved when Zanu PF won the elections in 1980 and this is what we get.

They have forgotten us. We hear that Government is declaring musicians, artists and other people who never suffered for this country as heroes and giving them State assisted burials. This is painful. We lost our capacity to work for ourselves because of the war and the question is who will bury us?” said Tarutira. Makwanya said Government must go out into the rural areas and assess the situation of war victims.

“They are living as paupers. They have health problems and their situation is worsened by old age. It is the responsibility of the State to look after us because we became disabled because of a cause,” said Makwanya who can barely walk.