In the old days rulers would have fools or jesters to keep them amused. But we doubt that President Mnangagwa will be laughing much over the latest ravings of his hired fool George Charamba. 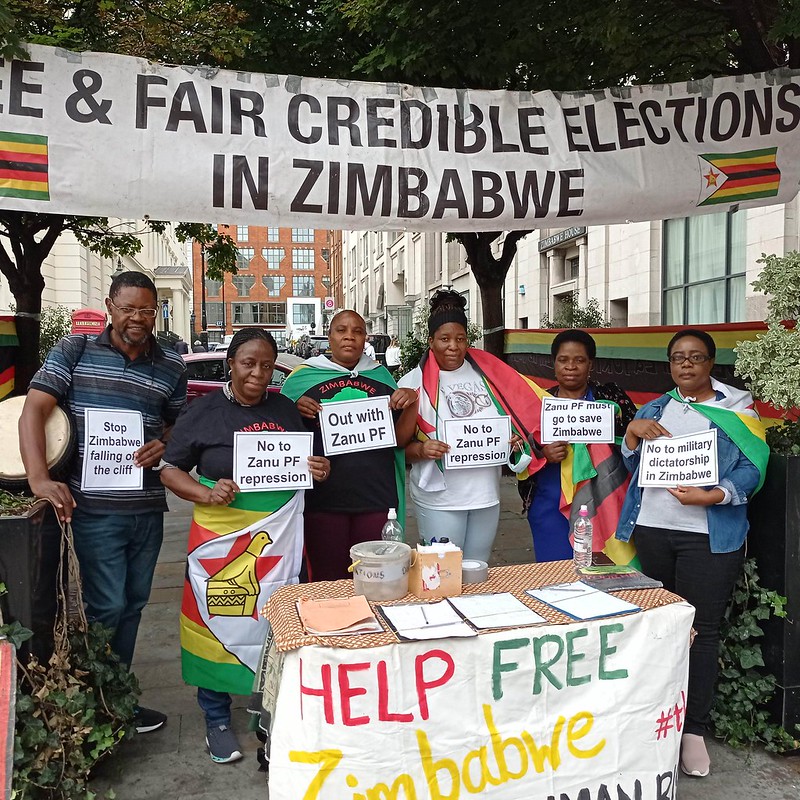 While Mnangagwa was in Zambia pretending to welcome the election of the opposition leader President Hakainde Hichilema as the new President, his spokesman was ranting at home that HH was a ‘sell-out’.

Why was the new Zambian President a sell-out? Charamba was angry because HH had warmly welcomed the MDC leader Nelson Chamisa to the inauguration – as he did the opposition leaders of a number of other countries.

He said he had invited them because ‘they chose the hard path of supporting of our party’s struggles when others refused to associate with us in the opposition’.

Also welcomed was the leader of the One South Africa Movement Mmusi Maimane who later tweeted ‘there is a wind blowing across SADC, across Africa’. (See: https://www.timeslive.co.za/news/africa/2021-08-24-zimbabwean-political-rivals-put-on-a-show-at-hichilema-inauguration/.)

The spokesman for the new Zambian President’s party, United Party for National Development, Joseph Kalimbwe, described Charamba’s comments as ‘catastrophic’ and said they would not be taken lightly.

The prominent lawyer and MDC supporter Alex Magaisa said: ‘It is undiplomatic for a presidential spokesperson to attack a fellow head of State on baseless accusations’, adding ‘The fact is that there is fear and panic within the ruling party Zanu PF over the perceived close association between Chamisa and Hichilema.’ (See: https://www.zimbabwesituation.com/news/charamba-labels-hichilema-sellout/.)

No doubt Zanu PF is worried by the Zambian President’s inaugural address at the packed Heroes’ Stadium in Lusaka.

He told the crowd: ‘Democracy is the way to go — for Zambia, the people of Africa and the world.’ He pledged to root out corruption, invest in education and rebuild an economy buckling under a $12 billion debt mountain (see: http://www.zimvigil.co.uk/vigil-news/campaign-news/1164-hakainde-hichilema-vows-to-free-zambia-from-corruption).

The Zimbabwe government will be further annoyed that the Zambian state broadcaster has offered to give Chamisa a platform if he continues to be side-lined by television back home.