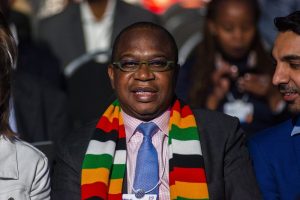 According to Finance Minister Mthuli Ncube, this was part of a broad agricultural sector funding strategy meant to drive growth in export focused crops. He said Zimbabwe’s banking system had warmed up to government’s calls to boost the sector.

“In agriculture we want to support two areas. The first is the creation of the export revolving fund to support horticulture -floriculture, macadamia, avocados, blueberries and so forth. We will be supporting anything in horticulture that earns hard currency,” he said in a recent presentation.

Under the plan, the government will open discussions with foreign and local banks to launch credit facilities. Government will only facilitate a seamless flow of the strategy without having to labour in scouting for funding.

“We are not going to spend money but we will structure a credit facility with some local and foreign banks. Also it’s good to work with local banks and then these banks extend lines of credit to the private sector to do what they can do best, but the risk would have been lowered through a cash cover from SDR proceeds. That revolving fund will keep going for several years,” he told thezimbabwemail.com..

“On commercial agriculture which is the National Enhanced Productivity program, which is the successor to command agriculture, that again in terms of financing we are sharing with the private sector and I said right at the beginning that at the end of the day we want agriculture financing shared with the private sector. That’s what has happened. So we see progress where farmers go to banks to structure their own loans. Also we have institutions in the agricultural financing program. The banks are active now in supporting the program that is commercial in nature but we as government have checked up our system through the social protection program, Pfumvudza. We have also introduced the commodity exchange to make sure that the market over time drives the price discovery process.”