A social media user with the pseudonym Tinashe @baba_nyenyedzi has posted a series of messages saying the business community was naive in accepting the Reserve Bank of Zimbabwe's foreign auction system. 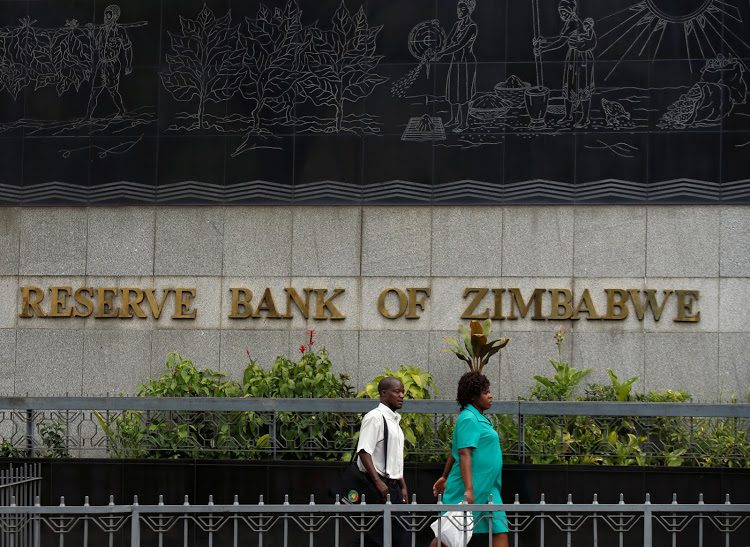 It is patently obvious that the president & possibly his Vice have acted on false information. Their actions make the situation worse. Everyone has been afraid to tell the truth about the auction & it’s core problem

When the auction was introduced it was done so based on borrowed money from Afreximbank. Which money added to the Afreximbank loan of US$1.5bn. We haven’t been able to pay back & the loans accrue an interest rate of over 10% p.a

Business was naive in accepting the auction system based on false & faulty premise. (1) RBZ is a regulator & holds monopoly of printing ZWL. There is an obvious moral hazard if it has the mandate to ration currency. (2) Exporters money was being expropriated.

How then can the Auction be a market when there is no voluntary exchange between buyers & sellers? When scarce resources fund consumption & not investment?

The MOF narrative of surplus was another obvious political offside statement. I suppose MOF was keen on proving prudence. But what had just happened was that the problem was moved from MOF to RBZ quasi fiscal activities.

But what did MOF expect cabinet & the president to do, knowing there is a surplus? What any politician would do. Spend. The program was to spend on Command activities from Agriculture to Zupco & roads etc. newspapers were awash with stories of how instead of FDI, Zim would use local contractors. The “surplus” providing a handy excuse. But keen analysts pointed out the folly of a surplus when inflation was above 800%. Further the 2% tax was introduced to payback TB’s & not to become adventurous.

The RBZ then stopped publishing its monthly publication. At one time it was six months behind. This was very intentional; (1) Keep financial system in the dark (2) Keep keen analysts in the dark (3) Propaganda of falling inflation in the absence of data.

For example, if the Net Domestic Assets grow from 1 to 10, the next question is where the growth is coming from. In Zim its coming from RBZ credit boom. Ie RBZ on balance sheet loans & exchange rate loses. And not private sector credit. RBZ or GOZ does not produce

RBZ negative equity must then, at some point be monetized. Meaning either the MOF takes the loses as TB’s. As what happened under the debt assumption bill. OR RBZ prints money, (increase in money supply) to balance its books.

What then should the financial sector do? Given these facts? While the public may not understand these numbers they know enough to switch from ZWL to Dollars. The National Mattress Bank has seen a huge increase in deposits

After fifteen months of Auction, noone has volunteered & sold their FX on the auction. US$2bn of remittances is expected this year. None of it is presented to the auction. Ps. Gono’s auction lasted 22 months

Secondly when the black market rate got to 170, it threatened export viability. For every $1 of export the exporter is now getting 80c ( after surrendering 40% at auction). Very few exporters can sustain & be viable when they lose 20% of value. That’s their margin.

What I have endevoured to do is show that the fundamentals are wrong! There is a big hole at the RBZ and the SDR’s won’t help. The backlog of 12weeks is close to $30bn ZWL. The RBZ is holding this money. Imagine if this money was in the market?

How, then, is a forex dealer manipulating the market? The RBZ & MOF have total control over the auction. Are they going to be arrested? Does the magistrate or Judge change their money at the auction? Or insist on buying their favourite fruits from the street vendor at 86?

By arresting market trades the consequences will be the following; (1) Market will prefer trading in dollars and not ZWL. Dollarisation (2) GOZ must print more to chase after the scarce dollars.

Let me tie it together. By claiming that everything is hunky dory, the RBZ & MOF gave the politician the means to be aggressive in spending. Unfortunately roads require years to finish. So Treasury releases ZWL onto the market.

While certain creditors are understanding, many others require their loans to be serviced. The President has come out & confirmed he had to intervene so that the Chinese could continue working. Clearly token payments had to be made. But there is a 12 week backlog?

Arresting market participants is a clear market signal that the government has failed. US$2bn refuses to go onto the auction. It feeds 15m people. Government callous actions of prohibiting trade frightens people.

We shall see more foodstuff rather than cash from SA. Grocery Stores, schools , pharmaceuticals will start preferring offshore payments in exchange for goods in Zim. This will reduce dollar supply & depreciate ZWL further.

It was actually beneficial to GOZ to have remittances and aid as money in the economy. It actually props up the ZWL. And buys local goods. Arresting market players will result the market finding alternatives that actually hurt the economy further. Ask Gideon Gono

It’s extremely worrisome that business and Labour have not come out strongly condemning the arrests and witch-hunt. Yet, it’s business and labour that will suffer the most. It’s only a matter of time before they’re arrested too.