Boosted by the UN Rapporteur calling for the lifting of sanctions against Zimbabwe, President Mnangagwa’s massive delegation to the UN Climate Change Conference in Glasgow must have regarded the trip as an exciting shopping opportunity. 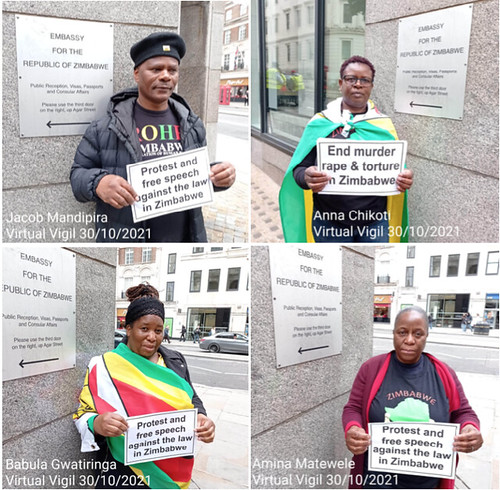 It seems it’s the first time Mnangagwa has visited the UK. He probably didn’t know the dustmen are on strike in Glasgow and rats appear to be a problem. But Mnangagwa will be familiar with rats and most of his delegation anyway will catch the first train to London (see: http://www.zimvigil.co.uk/vigil-news/campaign-news/1177-drab-glasgow-is-a-warning-on-levelling-down).

As everyone knows, Zimbabwe punches well above its weight in the world. One of the most corrupt and inefficient regimes, it has proved this by sending a delegation twice as big as South Africa’s to a conference to which it can offer nothing but a begging bowl and a bunch of freeloaders.

Farai Maguwu, director of the Centre for Natural Resource Governance, said: ‘Of the 100 plus delegates, more than 60 have nothing to do with Climate Change. Among the non-technical members who constitute majority of the delegates are relatives and friends of powerful officials responsible for selecting those attending the jamboree. Some technical staff could not travel to Scotland because spaces had been taken by non-technical climate tourists.’

Maguwu added: ‘Amazing what we can do in spite of sanctions and what we claim we cannot do when it comes to developing our country and investing in our people.’ (See: https://www.newzimbabwe.com/mnangagwa-flies-over-100-people-to-scotland-for-cop26/.)

The clocks go back an hour in the UK on 31st October, hurrying the darkness of the northern winter, Mnangagwa’s ludicrous scarf will at last come in useful as he promenades among the world leaders – despite the absence of his masters President Xi of China and Putin of Russia – both of whom have personal survival on their minds rather than the future of mankind.

The UN has consistently let down the people of Zimbabwe. Musa Kika of the Zimbabwe Human Rights NGO Forum described as disappointing the report this week by UN Rapporteur Alena Douhan calling for the lifting of sanctions. He said she did not reflect the views of civil society.

‘We believe Zimbabwe’s human rights violations have nothing to do with foreign restrictive measures, but are perpetrated on the people by the state due to impunity, absence of meaningful rule of law, decimation of the constitution, corruption and general bad governance. Her statement fails to capture in any meaningful way the picture of the state of human rights in Zimbabwe.’ (See: https://www.newzimbabwe.com/un-rights-rappateur-leves-ngos-disappointed-after-calling-for-sanctions-removal/.)

MDC Alliance Vice President Tendai Biti said the rapporteur showed her bias by releasing her report midway through a meeting with the party (see: https://www.newsday.co.zw/2021/10/un-envoy-report-biased-chamisa/).

The Vigil can only conclude that the UN is looking through the wrong end of a telescope – a view which would be shared by US Senator Jim Risch of the Senate Foreign Relations Committee. He said: ‘Another year, another hollow anti-sanctions campaign from the gov’t of #Zimbabwe full of rhetoric instead of change. The U.S. is consistent & clear about the path to better relations. Stop the corruption. Stop the #humanrights abuses. Pursue real political & economic reform.’ (See: https://www.zimbabwesituation.com/news/top-us-official-tells-mnangagwa-govt-to-implement-needed-reforms-stop-anti-sanctions-rhetoric/.)