POLICE in Chivhu, Mashonaland East province, allegedly tortured and killed a woman whom they accused of concealing money stolen by her sister, the Zimbabwe Peace Project (ZPP) has claimed. 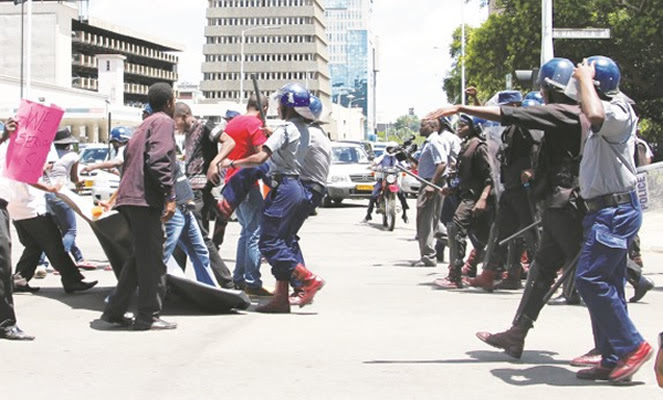 In its latest report titled It’s Politricks All Over, ZPP adjudged the police as the major perpetrators of human rights violations that occurred in Mashonaland East in September.

ZPP alleges that Sharai Mukaro was allegedly tortured by police officers during interrogation on September 12, 2021.

ZPP said a medical report showed that she suffered internal bleeding around her heart and that could have resulted in her death.

“She was suspected of withholding money allegedly stolen by her younger sister who had been arrested in Harare. According to an autopsy shown to the ZPP, the deceased, Sharai Mukaro, suffered massive pericardial clot, had large amounts of blood in the upper mediastinum (which contains the heart, thymus gland, portions of the oesophagus and trachea, and other structures) and had raptures in the area of the aorta,” the ZPP report read.

The human rights organisation said there was no record of any disciplinary measures taken against the killer police officers.

“This conduct by the police is of great concern and the ZPP continues to demand that police conduct themselves in a manner that is consistent with their constitutional mandate and should be able to handle arrested persons without using unconstitutional means such as torture. This is not the first case of people dying at the hands of the police.

“ZPP calls on the police to act within their mandate when dealing with suspects. The Constitution clearly outlines the procedures to be undertaken during the investigation of a crime. Torture should be a punishable crime and we call on the Home Affairs ministry to ensure that perpetrators are brought to book in order to infuse confidence into the criminal and justice system of the country.”

Previous reports by ZPP show that for the past two years, police have been the leading human rights violators in the country.

The Zimbabwe Lawyers for Human Rights has threatened to pursue the matter and have the culprits brought to book.