Arsenal's Thomas Partey, Ajax's Mohammed Kudus and captain Andre Ayew were on the score sheet to help their team to three points in Cape Coast 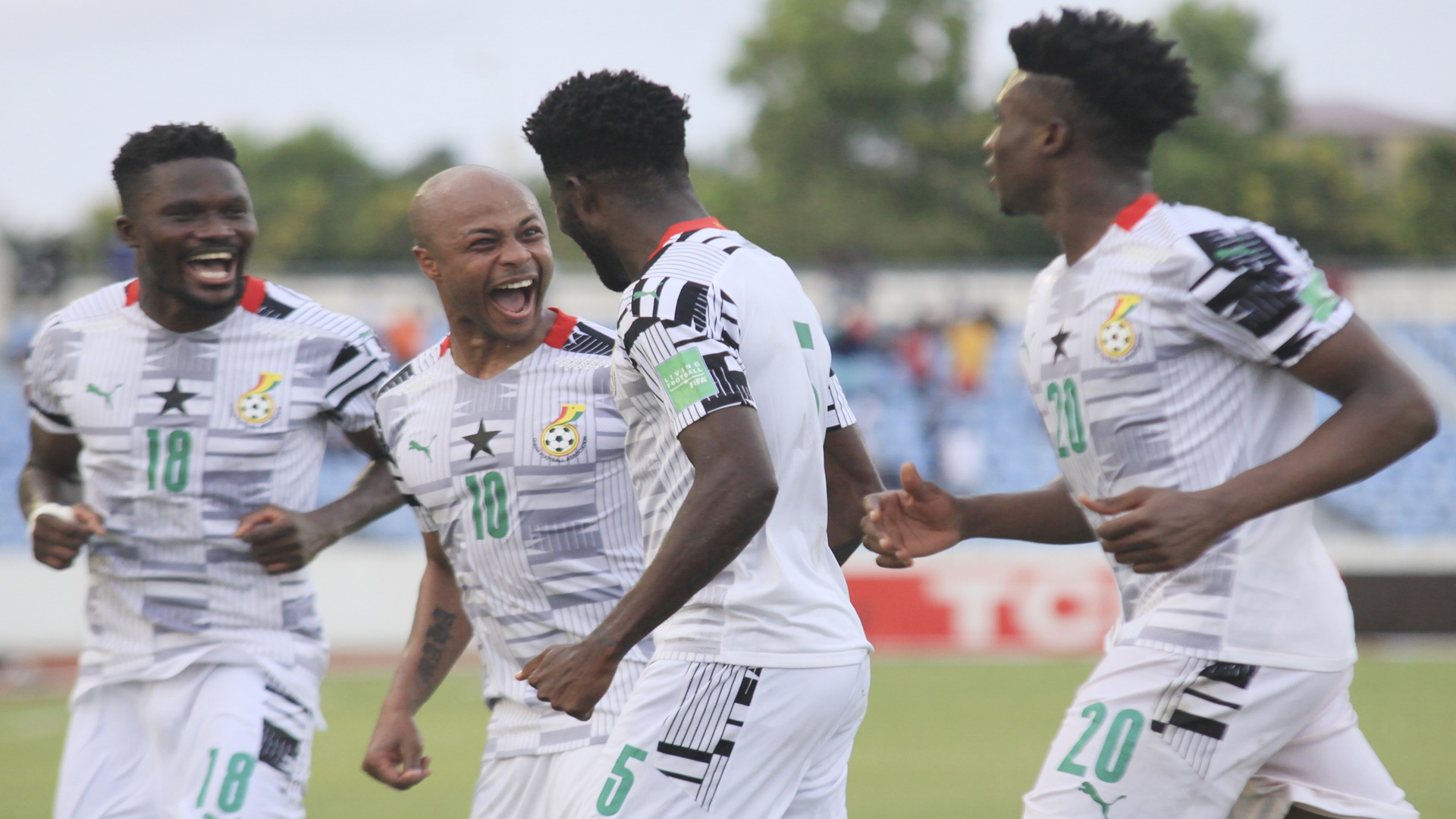 Ghana are back to winning ways in the 2022 World Cup qualifiers after a 3-1 home win over Zimbabwe on Saturday.

On the table, the West Africans, who lost 1-0 away to South Africa in their last match, sit one point adrift of Bafana Bafana, who beat Ethiopia 3-1 in the other group game on Saturday.

Ethiopia are third on the table with three points, while Zimbabwe lie bottom with one.

In the first game of his second stint with the Black Stars, coach Milovan Rajevac made bold calls in his starting XI, naming English fourth-tier goalkeeper Jojo Wallocott and Liverpool-linked 17-year-old Abdul Fatawu Issahaku in the No.1 and 7 positions respectively. Both players were making their debuts for the four-time African champions.

In the absence of Reading full-back Andy Yiadom, Leicester City defender Daniel Amartey was drafted to right-back. Partey played in a midfield trio alongside Kudus and captain Andre Ayew, while Jordan Ayew started up top as the lead attacker.

For Zimbabwe, Aston Villa man Marvellous Nakamba led their charge in midfield while veteran attacker Musona took up responsibility in the attack.

It took only five minutes for Ghana to break the deadlock as Kudus fired a shot from just outside the box into the net after a playing a neat one-two with Jordan.

The Ajax playmaker could have made it 2-0 for Ghana in the 18th minute but his shot from inside the box after another one-two, this time with Kamaldeen Sulemana, was saved by goalkeeper Washington Arubi.

On 25 minutes, Kamaldeen made his own attempt to get onto the score sheet, but his effort was deflected just over the bar for a corner, whose result, after a clearance out, saw Jonathan Mensah shoot from range into the side netting.

In the 31st minute, Kudus had another opportunity to double the lead after pouncing on a loose ball inside the box but his effort flew disappointingly wide.

Four minutes later, Issahaku, having started slowly, picked up steam as the game wore on, and shot a free-kick which was collected by the goalkeeper.

Moments to half-time, Kamaldeen appeared to have netted again for Ghana after receiving a through-ball from Kudus but his joy was short-lived as the referee called for offside.

After the interval, Zimbabwe came in strongly, mounting pressure on the Ghana defence. Unsurprisingly, their work paid off in the 47th minute when they were awarded a penalty after Alexander Djiku tripped Knox Mutizwa in the box.

Captain Musona stepped up and calmly sent Wallocott the wrong way to level the score.

In the 58th minute, the visitors could have doubled their lead but Jordan Zemura’s effort struck the post to the relief of the hosts.

There was even more danger for the Black Stars six minutes later when Wallocott was forced to produce a point-blank save.

In the 66th minute, Ghana found their way back into the game to make it 2-1 through Partey who robbed an opponent of the ball and drove into the box to hit a low shot into the net.

The hosts were inspired by their goal and went looking for more: Djiku saw a looping header go just over the bar and Kudus, having been fed by substitute Benjamin Tetteh with a knock-down, shot straight into the arms of the goalkeeper.

Three minutes to full-time, Ayew wrapped things up for the Black Stars, heading home from a teasing ball from Baba Rahman to make it 3-1.

The two teams meet again in the reverse fixture in Harare on Tuesday.