HARARE (Xinhua) -- Investigations leading to the explosions that killed six Chinese nationals and two local employees last week at a mine in Zimbabwe are still underway, and findings will be made public once released by authorities. 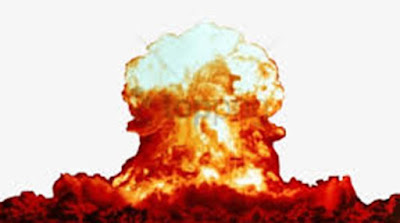 The fatal incidents, which were caused by the explosion of oxygen cylinders, occurred at a Chinese-owned mine in Mazowe, north of the capital Harare, in two separate incidents on Oct. 6 and Oct. 7.

In a press update on Thursday, the operator of the mine where the incidents occurred, Labenmon Investments, said all relevant government authorities were notified and are assisting in the aftermath of the tragedy.

“The investigation has been launched into the event leading up to the explosion. The company is cooperating fully with the relevant investigations,” the company said in a statement read on its behalf by Willa Yu, Project Facilitator of the Harare-based China-Africa Economic and Culture Exchange and Research Center (CAECERC).

The company refuted rumors circulating on social media and private press placing blame on company management regarding the causes of the explosions.

“In light of this we reserve the right to challenge any malicious dissemination of information aimed at tarnishing the solid and strong friendship between Zimbabwe and China through this tragedy,” said the company.

Daniel Mlalazi, Public Relations Manager for Labenmon Investments, said so far the two deceased locals have been buried with full assistance from the company.

He said the company is cooperating with authorities investigating the causes of the accident to prevent such tragedy in the future.

Labenmon Investments was incorporated in 2006 and has interests in nickel, gold and graphite mining in the Mashonaland Central and West Provinces of Zimbabwe.

The company, which also has a presence in the transport and logistics sector, has since invested about 20 million U.S. dollars in Zimbabwe.

Fortune Chasi, Member of Parliament for the Mazowe South constituency where the incident occurred, said arrangements for the compensation of the bereaved families were in progress.

“It’s premature to try and cast blame on anybody. The authorities whom I met at the scene after the incident are still busy compiling their report, so it will be improper and indeed extremely unfair to begin to apportion blame to anybody,” said Chasi.

“The procedural thing to do is to wait for the outcome of the investigations and let the law take its course from there on,” he said.