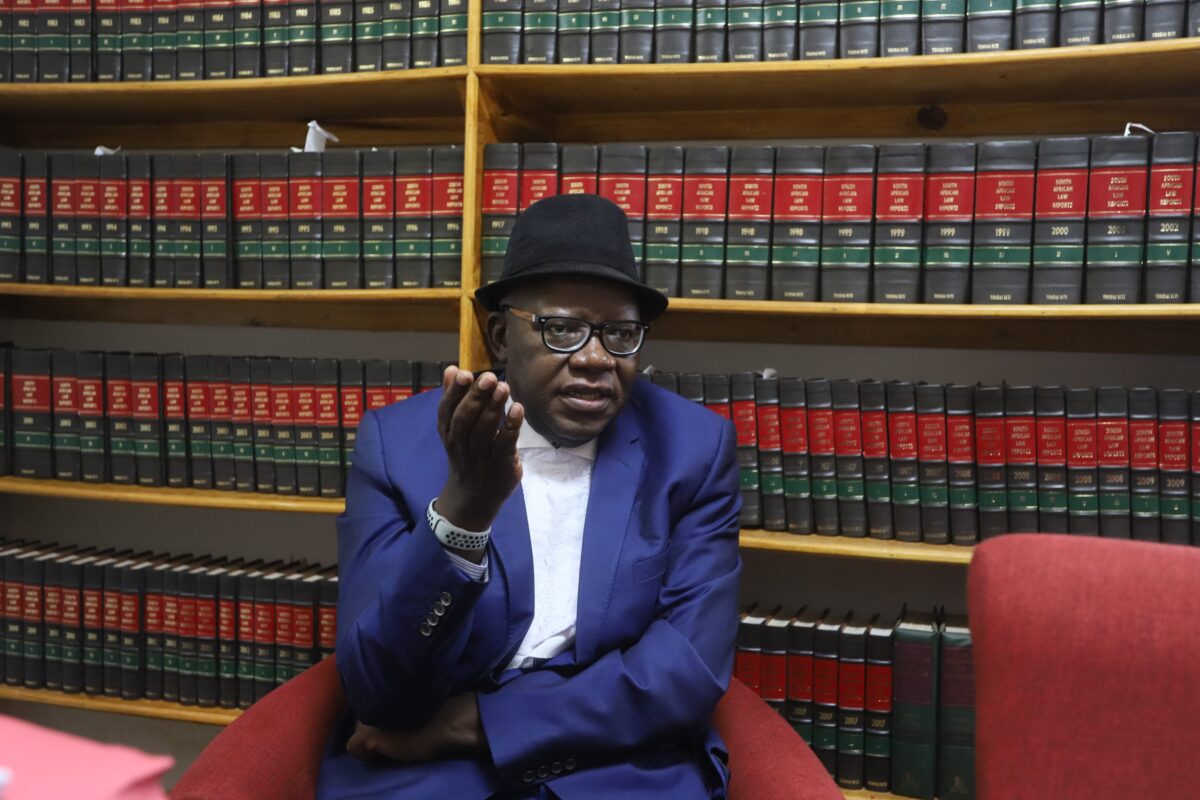 Biti told a news conference in Harare that Zimbabwe’s deteriorating political situation would only be resolved through the facilitation of “genuine dialogue” between the main protagonists – Zanu PF and the MDC Alliance.

“I want to send a message to the international community, in particular SADC, that Zimbabwe is burning; that a soft landing needs to be created,” Biti said, speaking a day after the MDC Alliance said Chamisa had escaped an assassination attempt after a projectile thought to be a bullet caused damage to his car in Mutare.

“Anything else is just a side show and you know that I am referring to POLAD, an impotent side show.”

Biti said the MDC Alliance had been a victim of unrelenting attacks, including from the judiciary following a controversial March 31, 2020, ruling of the Supreme Court which empowered a rival faction to recall their elected representatives.

He accused Mngangagwa of weaponising Covid-19 regulations to muzzle the opposition and democratic electoral processes.

“Under the guise of Covid-19 regulations, we are not allowed to move across the length and breadth of Zimbabwe, yet Zanu PF is moving,” Biti said.

“Zanu PF is organising its own internal activities, Mr Mnangagwa is literally opening tuck-shops every day and crowds are attending those meetings. So it’s a defecto ban on our movement and the reason is very simple, Mr Mnangagwa did not win the 2018 elections.

“What concerns us is that Zanu PF appears to be graduating from a defacto physical ban to elimination, to assassination attempts.”

Biti spoke as the United Nations special rapporteur on sanctions Alena Douha continued meetings in the country after arriving earlier this week.

Douhan has been accused of penning a biased report in Venezuela which ignored contributions of opposition parties on state corruption, political violence and the weaponisation of hunger as a tool for political and social control.

“There are massive attacks on the people of Zimbabwe, the arrests that I have spoken of are also arrests that are taking place amongst ordinary citizens,” he said.

“So we urge state security agents to do the job they are asked to do in terms of section 205-6 of the constitution of Zimbabwe which is to protect citizens, protect lives, protect lives of ordinary men and women not the interests of a narrow elite located in a political party.

“That dialogue must focus on reforms, we need reforms to the electoral act and the restoration of the integrity of the constitution. We need to go back to the constitution as it was in 2013.”