The Residents Coalition for Electoral Reforms a coalition of Residents Associations advocating for electoral and local governance reforms in Zimbabwe denounces the escalation of politically motivated violence in the country. 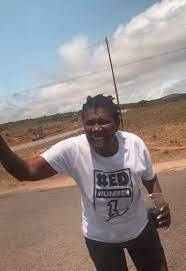 We condemn acts of political violence in the form of a clampdown on the opposition that has been witnessed in areas that include Masvingo and Manicaland as well acts of intra-party violence being reported from different parts of the country.

The high level of political intolerance which has resulted in intra-party and interparty violence escalating ahead of the by-elections and the 2023 general elections is disturbing and unacceptable. We call for immediate intervention before the situation gets out of hand.

Politically motivated violence ahead of a general election has the potential to create another disputed election which will further plunge the nation into a serious political and economic crisis as witnessed in past elections.

Furthermore, a political environment characterised by violence is a deterrent for vulnerable groups such as women, youths, the elderly and people with disabilities to participate in electoral processes including standing for public offices in the upcoming elections.

We bemoan the lack of capacity among politicians and state institutions to embrace the principles of tolerance, democracy and constitutionalism.

Political intolerance has no place in a democracy.

We affirm that the supreme law of the land and in particular, Section 67(1) and (2) gives every citizen the right to form, to join and to participate in the activities of a political party or organisation of their choice, campaign freely and peacefully for a political party. Accordingly, all political parties should respect this constitutional principle.

We reiterate that criminalising diversity of political opinion and affiliation and labelling of fellow countrymen as enemies based on differences in political convictions is unconstitutional and counters development as it will further divide an already polarised citizenry.

Traditional leaders must stay away from partisan politics and desist from perpetrating violence.

We call upon the security sector, the police, in particular, to respect the fundamental rights and freedoms of citizens as enshrined in the Constitution.

Allowing hundreds of citizens to demonstrate while other groups and parties are not given the same privilege exposes the police and gives room for perceptions among citizens that the police force is furthering political interests and acting in a partisan manner which is against the dictates of the constitution.

We, therefore, recommend the following;
1. Adherence to constitutionalism by political parties, police, pubic officeholders and traditional leadership.
2. The police must investigate and arrest all perpetrators of the recent political violence that took place in Masvingo and Manicaland without fear or favour and without furthering the interests of politicians and their political parties.
3. We urge traditional leaders to desist from partisanship and serve the people rather than political parties.
4. Political leaders must act responsibly and desist from hate speech which is aimed at fuelling politically motivated violence and ultimately dividing an already fragmented citizenry.
5. Parliament must expedite the Independent Complaints Law that will provide ways for reporting, receiving and investigating complaints from members of the public on various issues including misconduct of security forces and for remedying any harm caused by such misconduct.