Bloomberg, a publication headquartered in the United States of America has said the Zimbabwean Agriculture sector is booming once again. 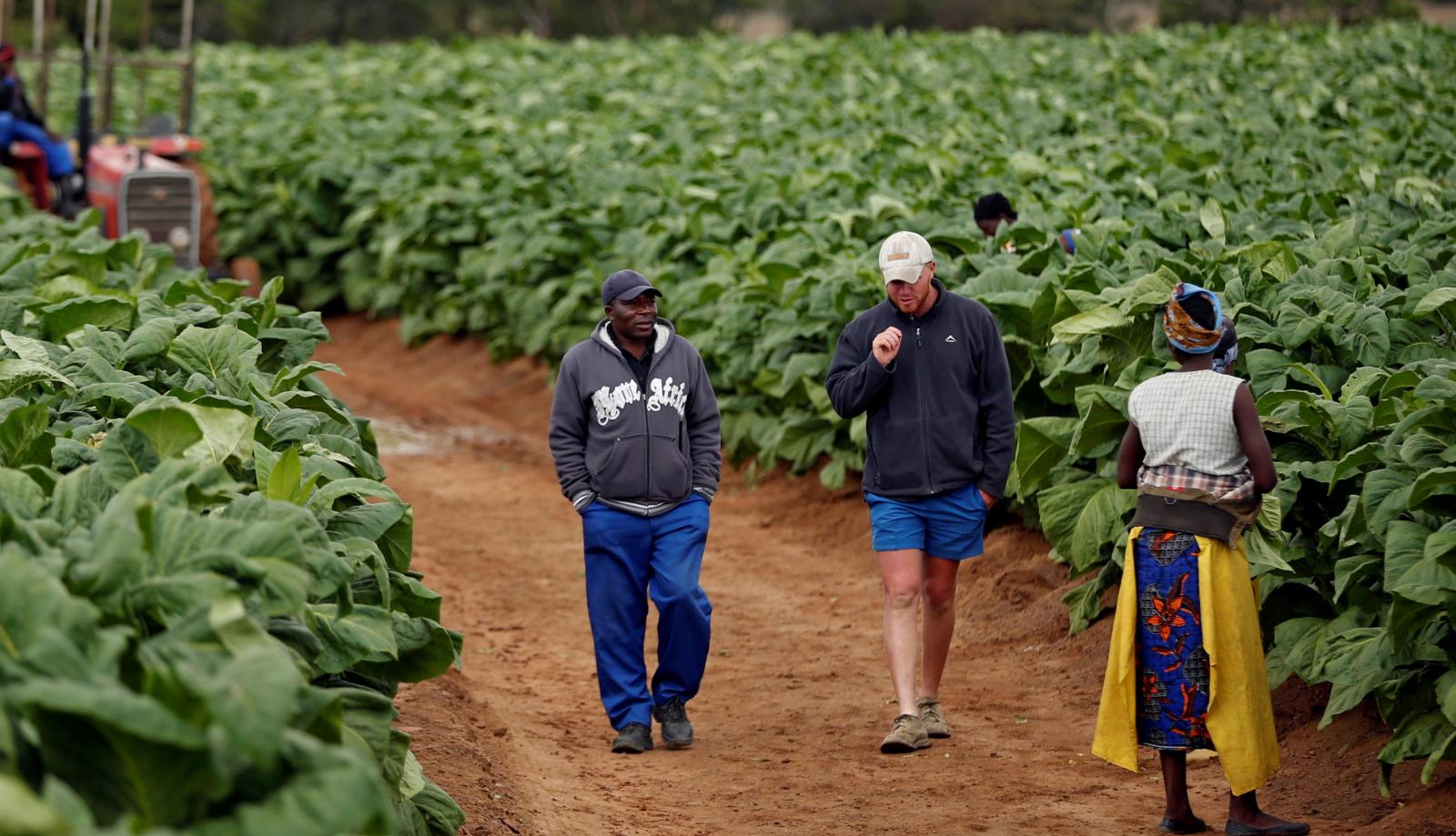 Farm workers chat during the harvesting of tobacco at Dormervale farm east of Harare, Zimbabwe, November 28, 2017.

The publication attributes the development to the “return of white farmers” who had been dispossessed two decades ago when the government of the late founding leader of Zimbabwe, Robert Mugabe embarked on the Land Reform Programme. Said the publication:

The people tending the crops are, again, mostly White farmers.

Today, the fertile land around the capital, Harare, is dotted with expensive irrigation equipment and wheat, corn and tobacco production is soaring, while a nascent blueberry industry is earning precious foreign currency.

The publication further dismisses claims by state-controlled Sunday Mail on October 24, 2021, that Zimbabwe had  successfully implemented “the historic land reform program” that “sought to correct historical imbalances in land distribution and ownership.” Said the publication:

In reality, it has failed.

Zimbabwean farming is dominated by large companies such as British American Tobacco and Innscor Africa that hire growers to produce on their behalf on a commercial scale.

Many of the Black Zimbabweans who occupy the fields as a result of Mugabe’s seizures are paid just a few percent of profits by those who manage the land.

Bloomberg attributes the “failure” by African farmers to excel in the sector to their lack of skills and the capital to cultivate effectively.