HARARE – The High Court on Monday ordered the release from 10-day custody of Vice President Constantino Chiwenga’s estranged wife, Marry Mubaiwa, who was detained by a magistrate for the purposes of undergoing a mental examination. 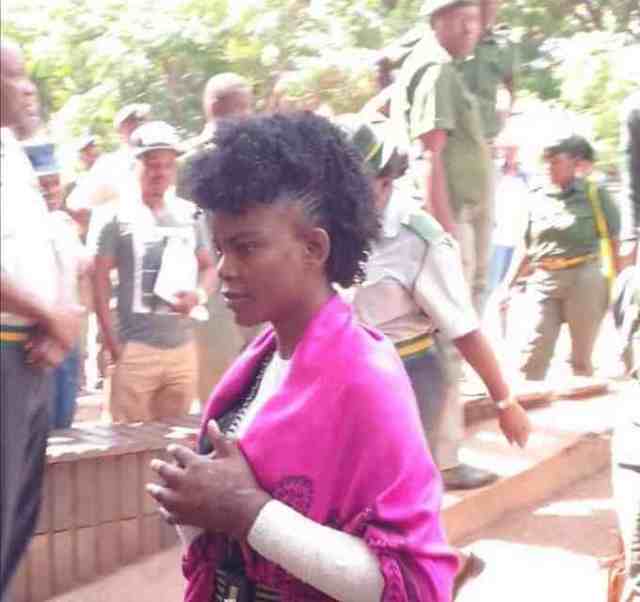 Mubaiwa is facing a string of trials on separate charges, but her lawyers said she is no physical or mental state to sit through the trials. The National Prosecuting Authority contests this, and last week filed an application before magistrate Lazini Ncube for her detention for 10 days so that she can be assessed by two state doctors.

Said Mubaiwa’s lawyer Doug Coltart: “Justices (Benjamin) Chikowero and (Pisirayi) Kwenda handed down an extempore ruling immediately after the hearing. They called the magistrate’s ruling ‘capricious’ and ‘arbitrary’ and said he had ‘gone on a frolic of his own’.

“They said it was completely unjustified that she was detained when she was already out on bail and ordered her release from custody.”

Mubaiwa and her lawyers accuse Chiwenga of interfering with legal processes to keep her behind bars.

Medical reports submitted in court have detailed the true extent of Mubaiwa’s medical troubles after she was diagnosed with acute lymphoedema. She is currently recovering from a skin graft on the right forearm conducted in September.

Dr Fungisai Makombe Simone Mazhandu, a specialist psychiatrist, submitted a report to the lower court last week stating: “Upon examination, Marry Mubaiwa had difficulty concentrating and a low, anxious mood. She had insomnia, reduced appetite and energy, and symptoms of anxiety attacks.

“It is my opinion that she has a mental disorder – Major Depressive Disorder – with comorbid Anxiety Disorder. She is not currently able to stand trial.”

The prosecution is hotly contesting her diagnosis and is seeking the opinions of two state doctors as it seeks to push on with her trials for fraud, false representation, assault, money laundering and the alleged attempted murder of Chiwenga in 2019.

Mubaiwa says the charges were trumped up by Chiwenga in a bid to keep her away from their three children together, whom she has not seen in two years.