Harare – the Government of Zimbabwe, the European Union, and the United Nations together with local authorities in the Epworth district launched a Safe Market and One Stop Centre as part of ongoing joint efforts to end violence against women and girls. 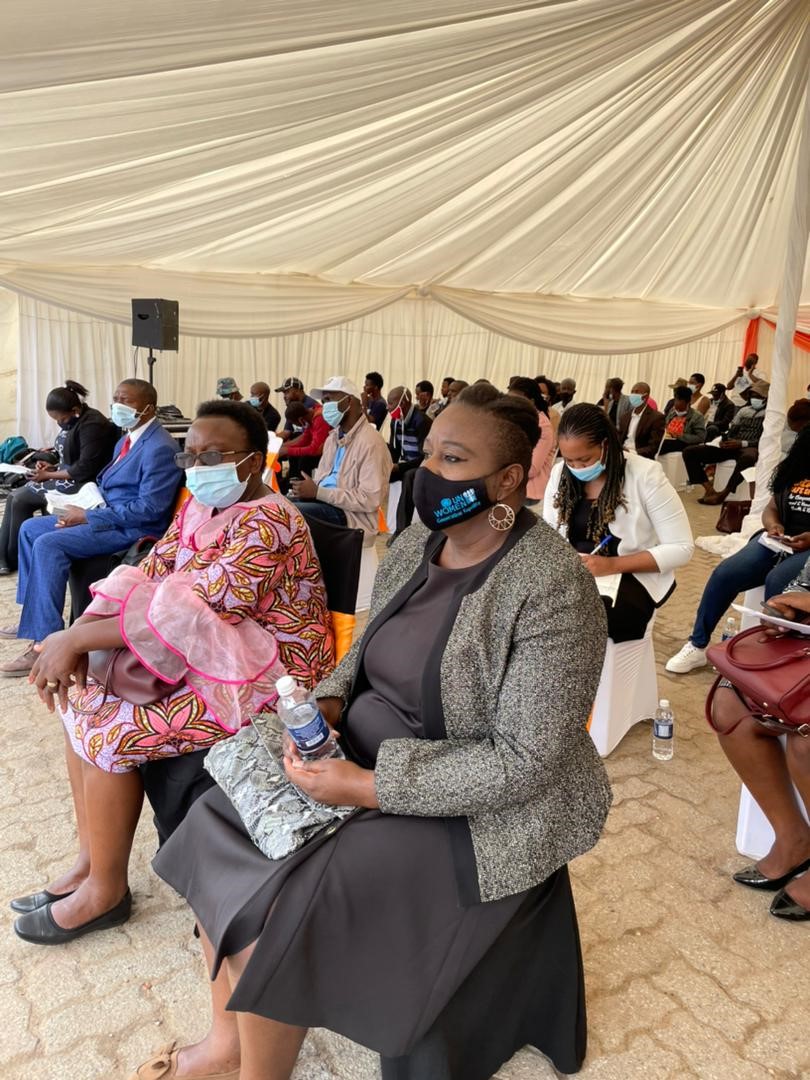 The opening of the Safe Market Space and the One Stop Centre coincided with the beginning of the 16 Days of Activism against Gender-based violence that will take place under a localized theme “End Violence Against Women Now: No to child marriages!”

Women Affairs, Community, Small and Medium Enterprise Development Deputy Minister Honourable Jennifer Mhlanga said, “Economic empowerment of women is integral to any sustainable approach to eradicating violence against women as studies show that women who control their own resources are less vulnerable to being victimized because of their gender.”

High levels of sexual and gender-based violence in Zimbabwe have been compounded by the COVID-19 pandemic and the protracted national lockdowns. The COVID-19 crisis has also resulted in increased school dropouts, resulting in increased early marriages and a consequent alarming increase in teenage pregnancies.

Head of EU Development Cooperation Mr Frank Porte said, “The EU fully aligns and supports Zimbabwe’s theme this year: “End violence against women and girls Now: No to child Marriage”. This constitutes a harmful practice that violates the rights of the child and robs children of their childhood and in most cases, results in increased poverty.”

The One Stop Centre addresses a number of challenges related to SGBV service access, by providing multi-sectoral services, including health, psychosocial, safety and security, and legal under one roof in a survivor cantered manner.

Noting that the two projects showcased and many other programmes across the country were supported by the joint EU-UN Spotlight Initiative to eliminate violence against women and girls, UN Resident Coordinator ad interim, Dr. Alex Gasasira, thanked the Ministry of Women Affairs for their leadership, the European Union for the generous financial and technical commitment, and the civil society organisations and local authorities for their continued efforts and partnership.

Violence against women is not inevitable. The right policies and programmes bring results. That means comprehensive, long-term strategies that tackle the root causes of violence, protect the rights of women and girls, and promote strong and autonomous women’s rights movements.

These two projects opened today and many other programmes across the country, including the recently launched High Level Compact to end violence against women and girls are models that the United Nations has built through its partnership with the European Union, the Spotlight Initiative. Since the launch of the Spotlight Initiative in 2019, some 3.8 million beneficiaries, including 2.3 million women and girls, in Zimbabwe received various services.

Addressing Gender Based Violence has collateral benefits. Aside from improving women and girls’ general quality of life and access to social services, low levels of violence are also linked with increased economic opportunities and increased participation in the development of societies.