PRESIDENT Emmerson Mnangagwa and Zanu PF have threatened to sue lawyers representing Sybeth Musengezi unless he withdraws his case where he is challenging the way Mnangagwa assumed power in the ruling party.

Mugabe was forced to resign after the central committee meeting as party president. Mugabe also resigned as Zimbabwe president after he was threatened with impeachment.

He was replaced by Mnangagwa.

In December 2017, Mnangagwa was confirmed as substantive party president at the Zanu PF congress and later went on to win the disputed 2018 elections.

However, Musengezi is challenging the whole central committee process as illegal.

But Mnangagwa and Zanu PF in a letter addressed to Musengezi’s lawyers said their client must withdraw the case or the legal firm will be sued for approaching the courts with a case ‘devoid of merit and brought for ulterior motives.’

“In the event of your client not heeding this clarion call, our clients would be left with no alternative but to seek costs de bonis against you, on the basis and grounds that your client is facing primarily legal and supremely incontrovertible contestation, proceeding further would be evidence of gross negligence, and with respect, frivolous action in the advice rendered to your client.

“This proposal is open for acceptance by your client and yourselves within 7 days of the date of this letter, after which it should be treated as having been withdrawn and of no force and effect unless extended prior to the expiry . In the event, our clients would be placing a copy of this letter before the Honourable Court in the motivation of the prayer for costs de bonis proprils.”

Mpofu argues Musengezi is not a Zanu PF member. 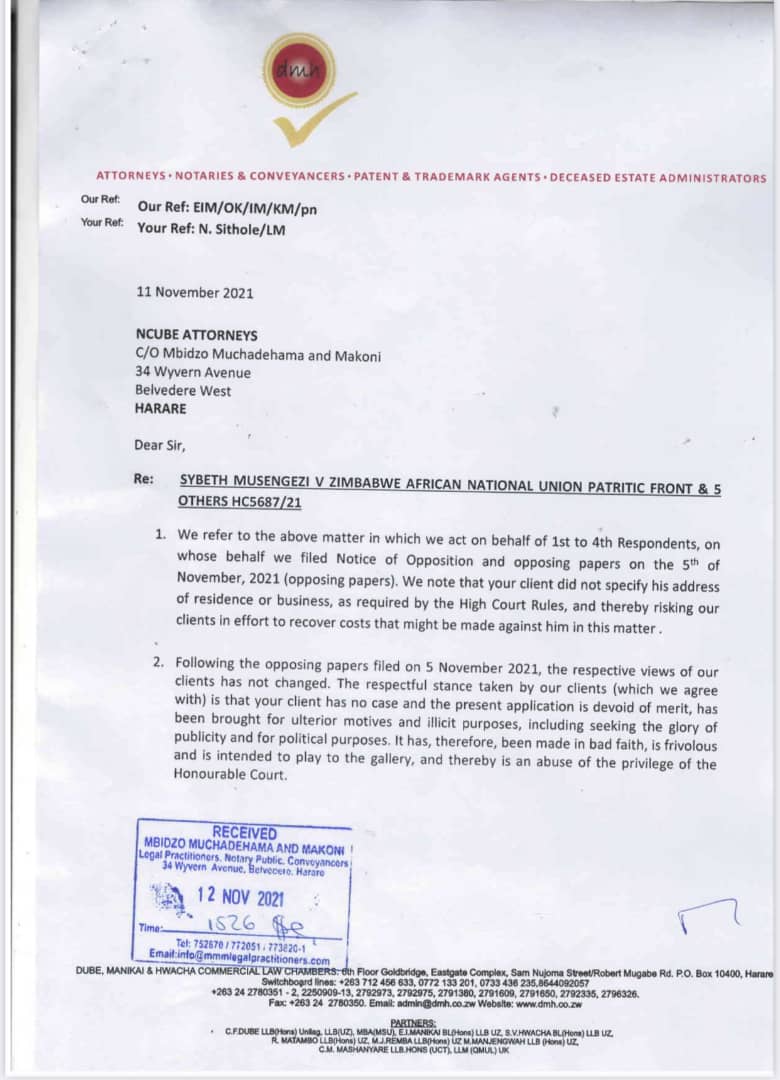 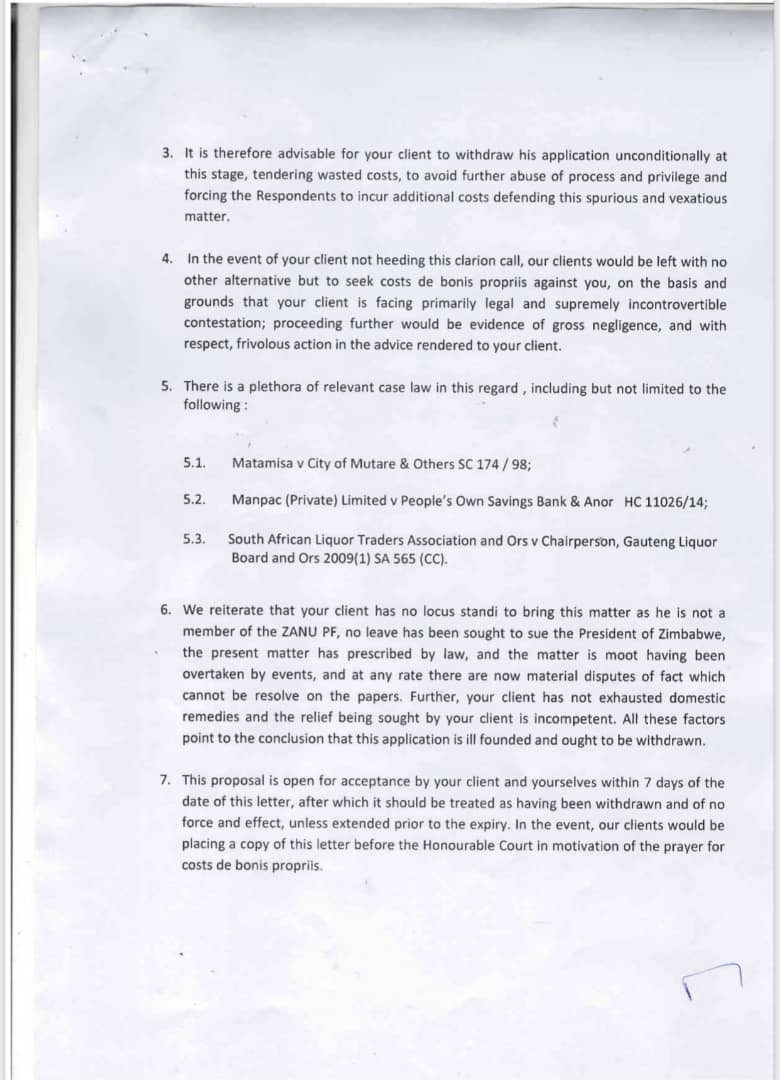 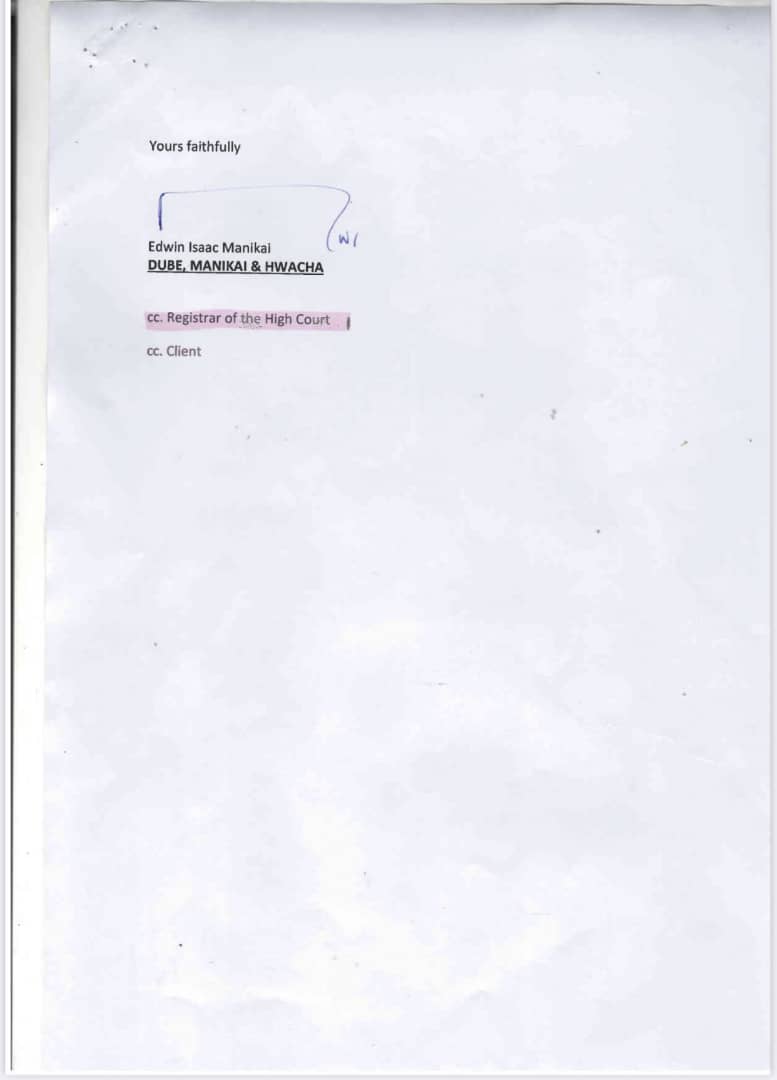