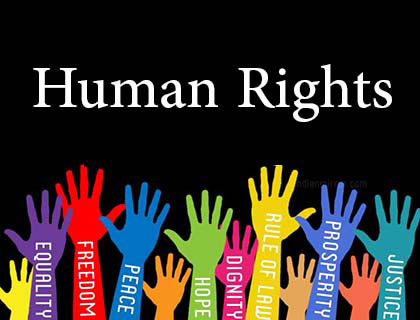 International Human Rights Day, which is commemorated on the 10th of December marks the adoption of the Universal Declaration of Human Rights (UDHR) by the United Nations (UN) General Assembly in 1948.

The UDHR lays out the “inalienable rights that everyone is entitled to as a human being regardless of race, colour, religion, sex, language, political or other opinion, national or sexual origin, property, birth or other status”.

The theme links well with Article One of the UDHR which states that “All humans are born free and equal in dignity and rights”.

As the world commemorates International Human Rights Day, Crisis in Zimbabwe Coalition bemoans the failure by the Government of Zimbabwe to address marginalization and uphold principles of equality and non-discrimination.

A toxic political environment coupled with high levels of  corruption are some of the major factors contributing towards inequality, with the government discriminating citizens along political party lines.

Despite claims of a new dispensation, President Emmerson Mnangagwa’s government has a tainted human rights record and as such, has failed to put human rights at the center of its development initiatives.

Draconian laws, judicial capture, arbitrary arrests, persecution of civil society actors and the ongoing arbitrary constitutional amendments continue to reverse the democratic gains attained by the adoption of a new constitution in 2013.

Opposition activists that include Makomborero Haruzivishe continue to wallow in prison on trumped up charges and the government continues to respond with brute force to genuine calls for reform.

More worrying is the fact that President Mnangagwa and senior government officials are on record openly declaring war against Zimbabwe’s civil society.

The church, labour, war veterans, students and women movements continue to be vilified for asking the government to uphold their socio-economic, civil and political rights.

The government has gone on to enact a raft of laws to further curtail the citizens’ enjoyment of their fundamental rights and freedoms with the Cyber Security and Data Protection Act and the proposed PVO Amendment Bill being the latest in this quest.

As part of efforts to address inequality and advance human rights, Crisis in Zimbabwe Coalition implores the government of Zimbabwe to renew the social contract with citizens and more importantly, exhibit political will in as far as upholding citizens fundamental rights is concerned.

Fundamentally, we ask the government of Zimbabwe to respect the 2013 constitution – to implement and not amputate the constitution of the Republic.

Upholding principles of transparency and accountability is critical in addressing inequality and advancing citizens’ rights.