Minerva Zimbabwe chess Open was a very unique chess tournament, which was an 8 round classical pulsating chess fiesta.The tournament had three sections namely: Open men, Ladies Open and the Developmental section. The atmosphere was the one for chess as the environment under which these games were played was very comfortable to the players as well as arbitrators who had a great tournament. 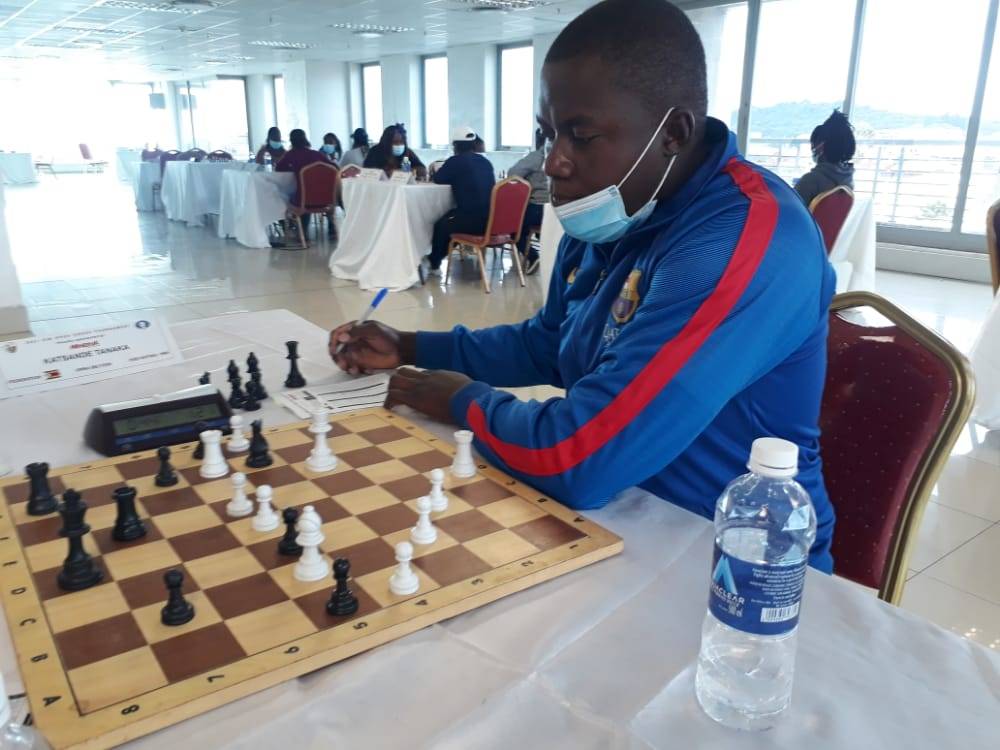 Emerald Takudzwa Mushore who was the highest rated player in the Zimbabwe Open was the toast of the tournament , where he finished with 7/8 points in a classical chess tournament held from the

18th-21st of December at Joina City on the 4th floor. The points he amassed were enough to lead him to a podium finish clinching the first position as well as the trophy and $1000 USD.  Mushore had to play a highly tactical game against Spencer Masango whose rating was second on the tournament’s initial rankings. It was a tantalizing game which had a lot of tactical maneuvers in which Mushore sacrificed his rook for a knight storming the barricades in order to open the opponent’s King and threatening a mate which was unavoidable. Clash of the titans it was and Mushore lived up to people’s words as well as the rating superiority was shown.This was in round five when the two players clashed. Mushore then drew in round six against Tapiwa Jele before being forced to another draw by Roy Mwadzura in round 7. He then won his round 8 game against Cyril Chigodo to seal the tournament win and cementing his superiority against all the 93 players who took part in this tournament in the Open section. Roy Mwadzura and Spencer Masango were tied on the second position and pocketed $550 USD each and Silver and bronze medals respectively. The tournament was a scintillating one which had a lot of expectations.

Roy Mwadzura and Spencer Masango were tied in second place with Mwadzura taking the second place on buccholz while Masango came third. In fourth position six players were joint and these are: Tapiwa Gora, Elisha Chimbamu, Sibanda Castro, Mapuranga Vitalis, Moyo Blessing, and Prince Chidembo. These players walked away with $140 USD dollars each.

Another exciting duel to note was the one against Spencer Masango and Blessing Moyo in the final round which was a truce.

In the ladies section Linda Shaba was the winner on tie –break rules after there was a tie with Christine Makwena. The two players scored 6.5 points out of 8 games played. In third place was tournament favorite Woman Fide Master- Elect Kudzanayi Charinda who had 6 points. Muyambiri Edith was fourth with 5.5 points. Paidaishe Zengeni and Colleta Wakuruwarehwa were tied on fifth position with five points. Dube Ropafadzo and Mushaninga Fungirayiini were tied on 8th position. Tatenda Ndou came 10th out of the twenty players that took part in this Open ladies section.

Meanwhile in the development section Christian Enerst Nyatsambo came first winning a trophy, gold medal, a chess set, tie and badge for his efforts. Thirty-one players took part in the development section and the tournament was a thriller as the six round tournament brought about some surprises. This year there was no foreign flavor in the tournament as the foreign contingent faced challenges because of the Covid-19 protocols. Among those who failed to make it is International Master Gillian Bwalya of Zambia who pulled out in the last minute as he failed to follow the due process as it was cummbersome according to him.

Special prizes for the event

The best Madalas were Brian Takawira and Dr. Collen Tongowona , The Zimbabwe Chess Federation President. The two won $50 each for their efforts.