Today I am denouncing lies by Zanu Pf and expose the truth about when and who advocated for Sanctions against Zimbabwe. 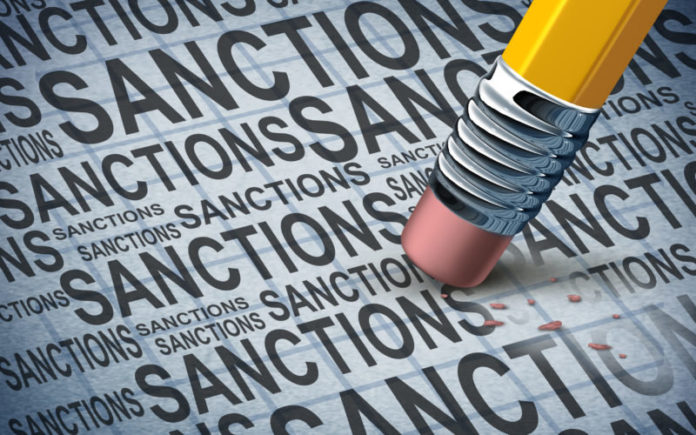 Sanctions against Zimbabwe under the Zanu Pf government were first advocated for on the 2nd of April 2000 by Margret Rhodes at her 74th anniversary after her son Simon Rhodes was brutalised by the Zimbabwean police following a demonstration interruption by Zanu Pf members in Harare.

Below👇🏾 is the full story by David Blair & David Graves from the 3rd April edition of the Mornach news paper in 2000:

HARARE- A close relative of Queen Elizabeth will telephone the Mornach today to express concerns at the “evil actions” of Zimbabwe’s police after her son was badly beaten by them in Harare during an opposition march.

Margret 74,First cousin of the Queen and a Lady-in-waiting to the Queen mother,said she would rely on her son’s account of the March.

She would ask the Queen to consider advocating sanctions against Zimbabwe, including possible suspension from the common wealth. What happened was evil and total anarchy”,said Mrs Rhodes last night from her home in Windsor, England.

The demonstrations were chanting, Peace! Peace! Peace! and the atmosphere was happy and jolly. They came up against a line of police which parted and allowed them through.

It was then that the demonstration was ambushed by (Zimbabwe President Robert)Mugabe’s men. It seemed a well planned operation which was obviously condoned and orchestrated by Robert Mugabe.

It seems like there is a total breakdown of law and order in Zimbabwe and that should not be tolerated in any country of the common wealth.

The Queen,Who soever loves the common wealth should be told what exactly is happening in Zimbabwe. Her son Simon,a neutralized Zimbabwean said he had joined the demonstration by chance after encounting it in Central Harare.

Before the violent intervention of thugs from the ruling party Zanu Pf, the March was very peaceful and extremely good natured ,happy occasion.

There were kids there and the response from all the pedestrians we passed was wonderful,he said.

Mr Rhodes a tourism consultant who had lived in Zimbabwe since 1997 left the demo to run some errands before it was attacked but he saw the violence from the window.

“I saw a poor chap who was bludgeoned and it was painfully obvious that the police had allowed the attack to go ahead. They did not even helped the casualties.

With tear gas billowing through the streets and calm restored,Mr Rhodes was walking back to his car when 2 police officers grabbed him from behind. He was thrown in to the back of a landrover in an extremely violent manner and assulted by 4 police officers.

“One constable twisted both my arms behind my back and a Sergeant repeatedly punched me in the throat. The other police officer punched me on the side of my head. None these officers said a word or offered any explanation until the burly Sergeant said,” People like you will have to learn to respect the government”

He was taken to Harare Central Police station and questioned by an inspector. Realizing that he had faced imprisonment,Mr Rhodes succeeded in diffussing the situation.

Before being freed,he asked the inspector whether the role of the police was to respect the citizens, “No Mr Rhodes,we are here to serve the interest of the government” said the inspector.

👆🏾This is what brought sanctions to Zimbabwe before Morgan Tsvangirai . Stop being fooled by Zanu Pf. It’s not the MDC that advocated for Sanctions. – Advocate Talent Rusere