The International Monetary Fund (IMF) has said Zimbabwe will not qualify for a special debt relief programme until it pays off its debt to the World Bank (WB). 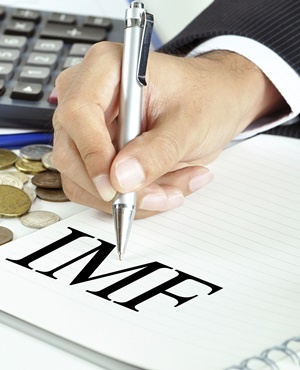 The southern African country has cleared its debt with the IMF but still owes the WB US$1.52 billion.

Zimbabwe is currently not eligible to make a request for debt relief under the Common Framework because of its arrears to the World Bank. Once the conditions for international re-engagement are in place and arrears to the bank, the World Bank, are resolved, what I can tell you is we believe the common framework could be a useful option to address Zimbabwe’s debt difficulties and of course for its part, the international community requires improvements also in domestic political conditions and economic policies to initiate re-engagement.

The common framework refers to an IMF initiative endorsed by the G20 and Paris Club that coordinates official creditors to provide debt treatments when they are needed by developing countries eligible for the debt service suspension.

In November 2020, G20 finance ministers and central bank governors agreed to the “common framework for debt treatments beyond the debt service suspension initiative”, which was also endorsed by the Paris Club.

However, due to its unsustainable debt and poor repayment record, Zimbabwe has been excluded from the initiative.

In November, an IMF team led by Dhaneshwar Ghura held Article IV meetings with authorities in Harare during which the lender said the threat to the country’s growth plans remained an unsustainable debt.

Last week, the government said external debt increased to US$13.7 billion in September, over half of Zimbabwe’s gross domestic product, from about US$10.7 billion last year despite paying US$44.2 million to external creditors.