Data released by the central bank following the forex auction conducted on Tuesday, 25 January 2021 indicates that the local currency fell by $2.5995 against the US dollar.

In total, US$38 775 772.07 was allotted this week, with the bulk of the allotment going to raw materials followed by machinery and equipment. This is significantly higher than the US$30 866 275.90 million allotted last week.

906 bids were received on the Small to Medium enterprises forex auction, with 697 accepted and 209 disqualified. The total number of bids allotted was 697.

On the main forex auction, a total of 537 bids were received, 422 were accepted and 115 were disqualified. The total number of bids allotted was 422.

Bids with overdue CDIs, outstanding Bills of Entry (BOEs), and those with sufficient FCA balances were also disqualified.

Some bids were also allotted on a pro-rata basis. 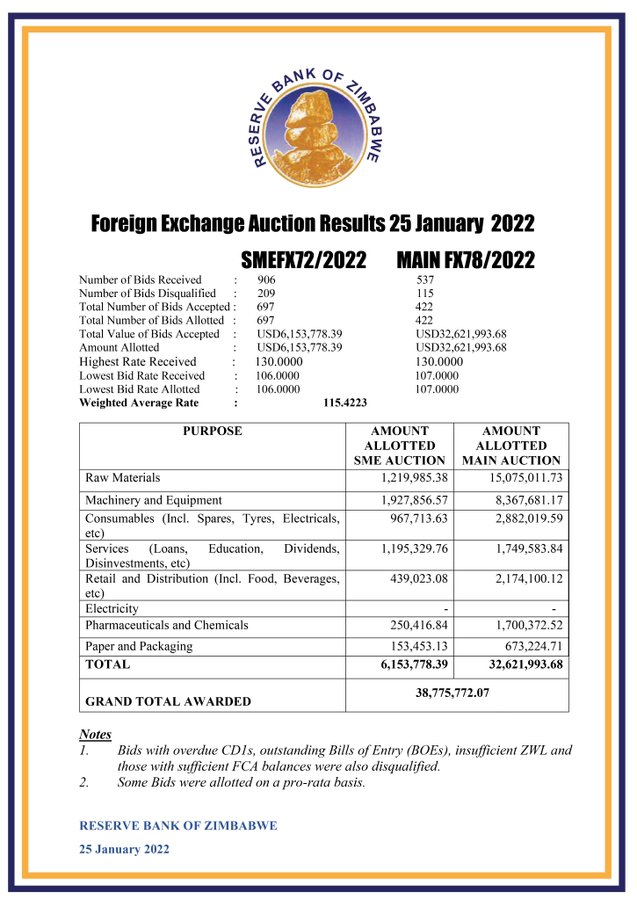