KWEKWE – A mob armed with stones, iron bars, machetes and spears attacked a Citizens Coalition for Change (CCC) rally in Kwekwe on Sunday, killing at least one person and injuring 17 others. 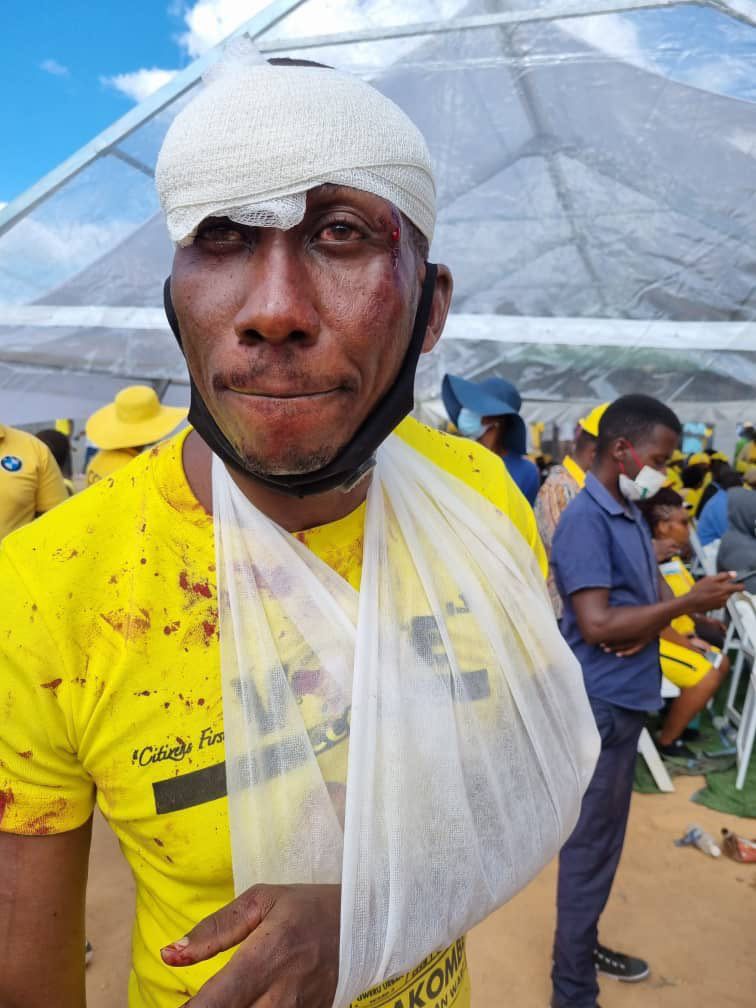 CCC spokesperson Fadzayi Mahere said the victim, a man, was stabbed with a spear in his rib cage.

She pointed an accusing finger at the ruling Zanu PF party, which held its rally in the same city 24 hours earlier.

“The deceased was pierced in the side. The Zanu PF thug used a spear.”

The attack came as CCC leader Nelson Chamisa was in the middle of his address to thousands of people who gathered in an open space near a shopping centre.

The attack caused a mini stampede as thousands of people fled from the attackers who launched their assault on people standing at the back.

Chamisa’s security moved to secure him before he retook the podium to finish his speech. The 44-year-old leader later took time to visit the injured who were being treated at the scene.

It was the second time in two days that Chamisa had his rally disrupted. On Saturday, police fired teargas and used water cannons to disperse his supporters in Gokwe, causing him to abandon the planned campaign event where he was due to drum up support for his party’s candidates ahead of by-elections on March 26.

In blocking the event, the police argued they did not have enough “manpower” to handle it.

“No cogent explanation has been given for why our rallies are banned but (Mr Mnangagwa’s rallies are allowed to proceed,” Mahere said.

Sunday’s attack was being partly blamed on incendiary comments by vice president Constantino Chiwenga who on Saturday compared CCC supporters to “lice” and suggested they would be “crushed.”

“I’ve heard others here saying down with triple C, let me assure you that there is nothing that it can achieve. You know how we crush lice with a stone? You put it on a flat stone and then flatten it to the extent that even flies will not make a meal out of it,” Chamisa said.

The retired army commander said Zanu PF was as big as the biblical Goliath and would not allow Chamisa to seize State power in an election. Ironically, the Biblical Goliath was felled by a young David with one stone.

“You heard Blessing Chebundo speaking here, that people should not oppose for the sake of opposing. You can’t oppose every time. You are opposing as who? We are as big as Goliath, we will see him when time is ripe.” 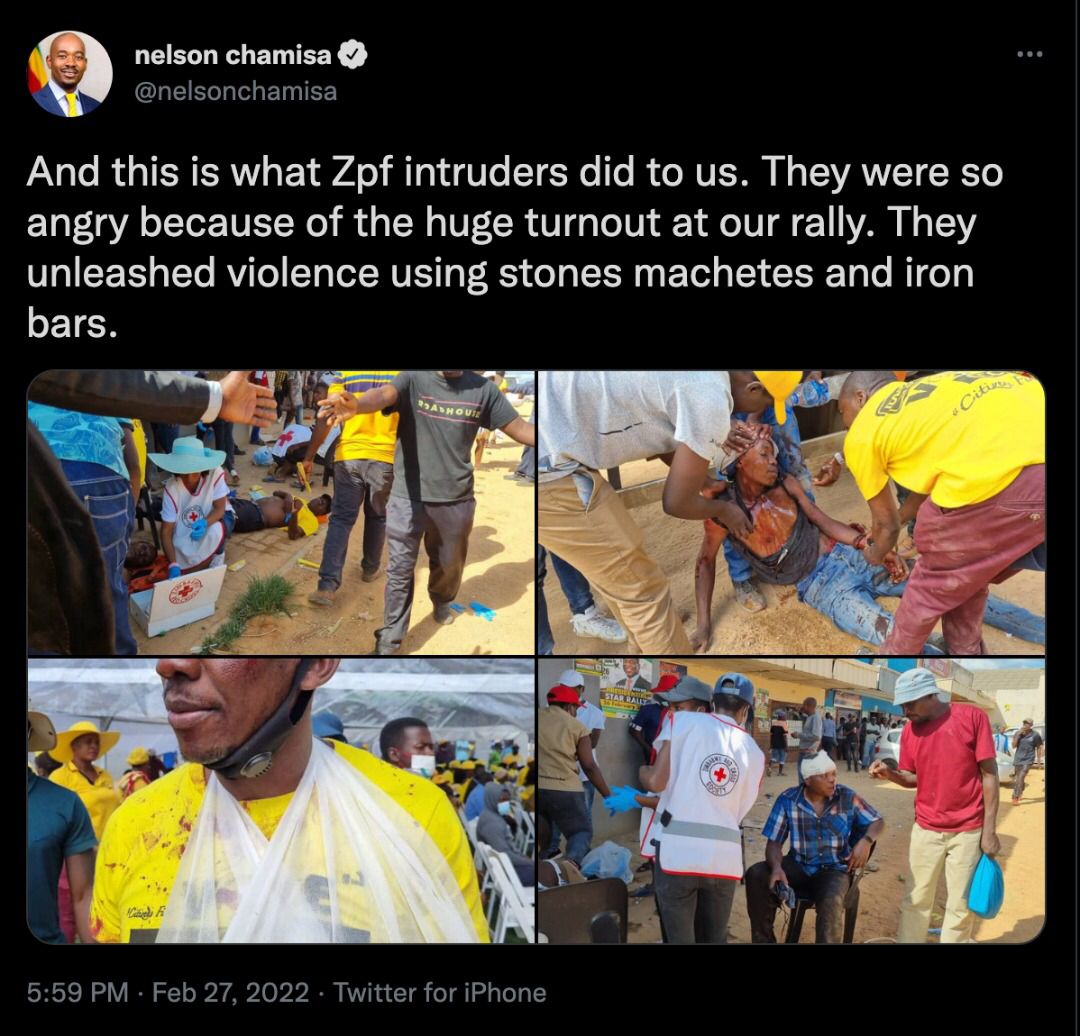