The police laid down strict conditions for the first rally of Nelson Chamisa’s new party Citizens’ Coalition for Change (CCC) scheduled for Sunday at Zimbabwe Grounds in Highfields. 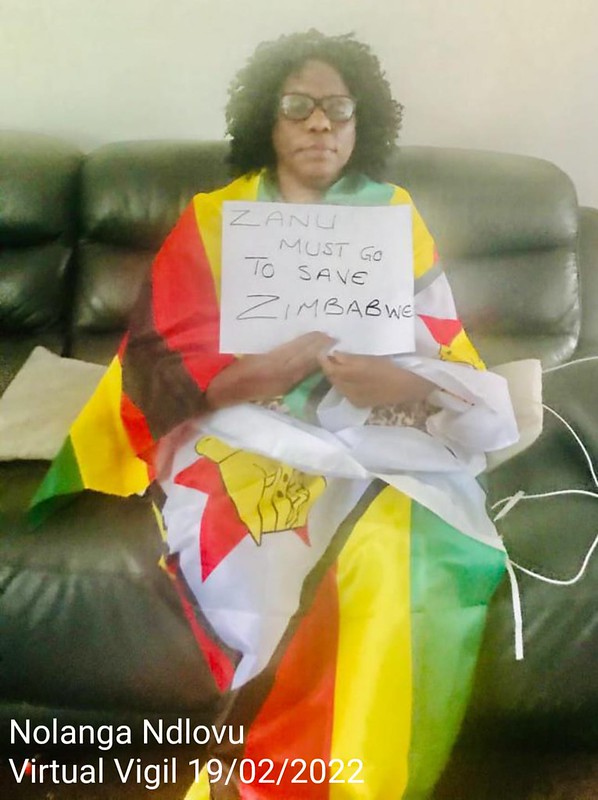 The rally will launch the party’s campaign for the by-elections for 28 parliamentary constituencies and a number of councillors set for 26th March. They will be closely watched for indications of how next year’s national elections may turn out.

CCC spokesperson Fadzayi Mahere accused the police of selectively applying the law and claimed that the conditions laid down were unconstitutional, violating the party’s right to equality before the law.

Mahere said: ‘Why ban slogans at a rally? Why ban singing? Why ban transport?’ adding that similar restrictions had not been applied to rallies by Zanu PF and others (see: https://www.newsday.co.zw/2022/02/police-set-tough-conditions-for-chamisa-rally/).

The CCC deputy spokesperson, Gift Siziba threatened protests against the Zimbabwe Electoral Commission (ZEC), accusing it of attempting to rig the by-elections. Siziba said: ZEC had illegally moved over 170,000 voters from their original constituencies and wards on the voters’ roll to be used on 26th March.

He said the by-elections were a litmus test of ZEC’s capacity to hold credible elections in 2023 and warned that the party would boycott the polls if the electoral field was not level (see: https://www.newsday.co.zw/2022/02/ccc-takes-aim-at-zec/).

Church leaders have called for free, fair and peaceful elections. They said in a pastoral message that ZEC and other institutions should provide ‘timely, accurate and complete information to the electorate to enable them to make informed decisions’ and urged the security forces to act in an non-partisan way to avoid loss of life.

Among the signatories was Archbishop Robert Ndlovu, head of the Catholic Bishops Conference. The Catholic Commission for Justice and Peace said it would again deploy election observers across constituencies (see: https://www.vaticannews.va/en/africa/news/2022-02/zimbabwe-s-church-leaders-issue-statement-on-the-elections-we-w.html).

The US Embassy Chargé d’Affaires Thomas Hastings says his country will be following the March by-elections. ‘We are watching very closely how these elections will be conducted — not just on election day, but the preparations, issues of a level playing-field and everything about the democratic situation leading to an election is a priority to us.’ Hastings was speaking to journalists after a meeting with the Speaker of Parliament Jacob Mudenda (see: https://www.newsday.co.zw/2022/02/us-to-follow-march-26-by-elections-preparations-campaigns/).