We have just had a successful 2021 during which we sharply reduced inflation rates and increased GDP growth This was driven by a domestic building boom, high international commodity prices and a reasonable agricultural season. Total foreign earnings reached US$9.7 billion, a dramatic rise over 2020 and imports were restrained to about US$6 billion. 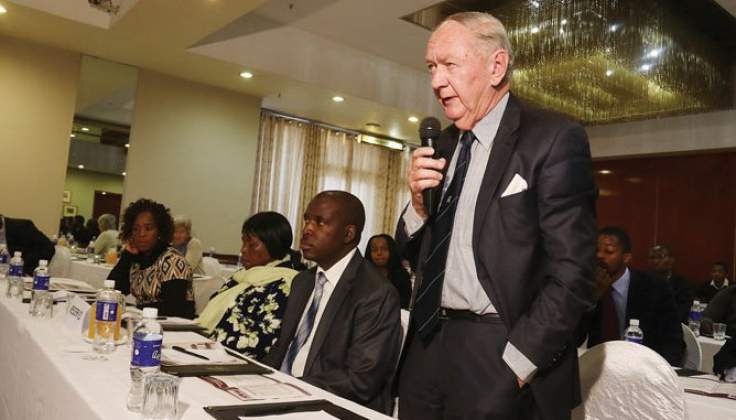 But problems were looming, by the end of the year, it was apparent that inflationary pressures were increasing, driven by higher levels of international inflation, bridging costs and domestic monetary supply. In addition, it was apparent that financing a growing economy presented many different difficulties and that the increased demand for electrical energy arising out of increased domestic activity, was going to be a serious problem. Taken altogether my personal view was that 2022 was going to be a difficult year and unlikely to see a repeat of the favourable trends in 2021.

To reinforce that view, the wet season started very badly with widespread planting rains in late November and then a total absence of rain in the following 4 weeks. Consequently, the dryland crop, which represents most of the agricultural output, is almost a total write off. People with water and irrigation capacity are somewhat better off but face shortages of electrical energy and the dry conditions meant that water sources came increasingly under pressure. In January, we had the aftermath of a cyclone associated with heavy rain which led to waterlogging in many districts, and this further exacerbated the crop outlook. For these reasons, my own view is that agricultural production in 2022 is likely to be well below last year.

But the challenges of the new year did not end with the problems of our farmers, the Reserve Bank auction of foreign exchange, which had largely stabilised the monetary situation after it was introduced, was unable to meet demand and as a consequence, the parallel market rate, or PMR, begin to depreciate rapidly reaching 240 to 1 last week. The Bank responded by permitting a 50% devaluation over several months on the auction, but this did little to bring the PMR rate under control. The reason was quite simple, the auction was only providing about 30% of total demand leaving the balance to the commercial banks, who probably handle slightly more foreign exchange than the auction and the parallel market which was completely out of anyone’s control.

How do we deal with the problem which is created by a situation like ours, where the so-called official rate (the auction-rate) and the PMR are so widely divergent? It is the PMR rate that business uses to fix their domestic prices in local currency. They feel they have no alternative because when push comes to shove, they have to buy their foreign exchange in the market at the price which the markets demand at the time. The PMR depreciation rate has now become perhaps the dominant contributor to national inflationary pressures.

The Bank has responded by attempting to prosecute and fine firms which are found to be using the parallel market rate as a price determinant for local sales. This is a totally futile exercise and may in fact be illegal as the legislation on which the action is based has now lapsed and is no longer valid. In addition, you may as well put the entire private sector in gaol if you’re going to pursue that route to try and curb the depreciation in the rate.

What is the solution? I think the World Bank made an excellent statement last week when they pointed out that the PMR rate bore no relationship to reality on the ground. Our fiscal and monetary fundamentals are completely sound. We are running a balance of payments surplus and a fiscal surplus and technically we should not be printing money for whatever purpose. The fact that money supply last year increased by 230% seem strangely out of sync with everything else that was happening in that space. The IMF and the World Bank have both called for Zimbabwe to adopt a more conventional system for trading foreign exchange, one which would result in an exchange rate at which the market was cleared with demand and supply being brought into equilibrium. That is in fact the case in virtually all other regional states and even countries like Somalia have succeeded in achieving monetary stability by using such mechanisms.

We do not elect to go that route because so many people benefit from the arbitrage opportunities that are created by the present dispensation. That is no excuse. With the PMR dictating retail prices, it has very seriously reduced the spending power of everyone who is paid in local currency and critically that involves the civil service and the armed forces. As a consequence, there is considerable pressure on government to abandon its de-dollarisation programme. That is unlikely to solve the problem and will create substantial difficulties for our productive sector which has only just started to recover.

My own view is that the only way to fix this problem is to go back to our de-dollarisation road map and to start using our own currency as the sole means of domestic exchange. This can be done literally overnight if we so choose. The consequence would then be that if you want to trade on the local market or pay your taxes, then you must have local currency and not U.S. dollars to do so. All incoming foreign exchange flows will automatically be traded on the interbank market producing an exchange rate that reflected supply and demand. To achieve this, we do not need to touch foreign exchange nostro accounts but anyone wishing to trade locally would have to take foreign exchange from their nostro accounts and have it transferred in local currency to their own bank accounts for them to spend what they want in the local economy. This would further expand the availability of foreign exchange on the market.

If we adopted such a solution there would be some very significant consequences; first, the parallel market rate would collapse and there would be a single unified exchange rate in the market for local currency. The second major change would be that the local currency would strengthen very dramatically and in fact, given the availability of hard currency in our economy, I think we would have to intervene in the market, as they do in the Far East, and to buy U.S. dollars off the market with local currency to keep the exchange rate weak so that we can support our export industries and restrict imports.

This would not only result in Zimbabwe establishing foreign exchange reserves for the first time, but I think that it would very quickly result in our foreign exchange balances being adequate to service import demand for at least three to six months. This is a target of the DSP1 but is meant to only be achieved in 2025. The second major development would be that this would double or treble the spending power of the local currency and therefore would increase the real value of all salaries which are paid in local currency. This would have the effect of reducing pressure on the government to dollarize or to raise civil service salaries beyond the level at which we can maintain fiscal stability.

My real concern is that if this issue is not tackled quickly and realistically then we are not going to be able to control the depreciation of the domestic currency to the point where it almost becomes worthless and has little value to the people holding it. This was the situation in 2008 which ultimately led to the national unity government and dollarisation in February 2009. I am extremely concerned about social stability under such circumstances.