State terrorists, not human rights activists, should be the ones on trial in Zimbabwe By Thandekile Moyo 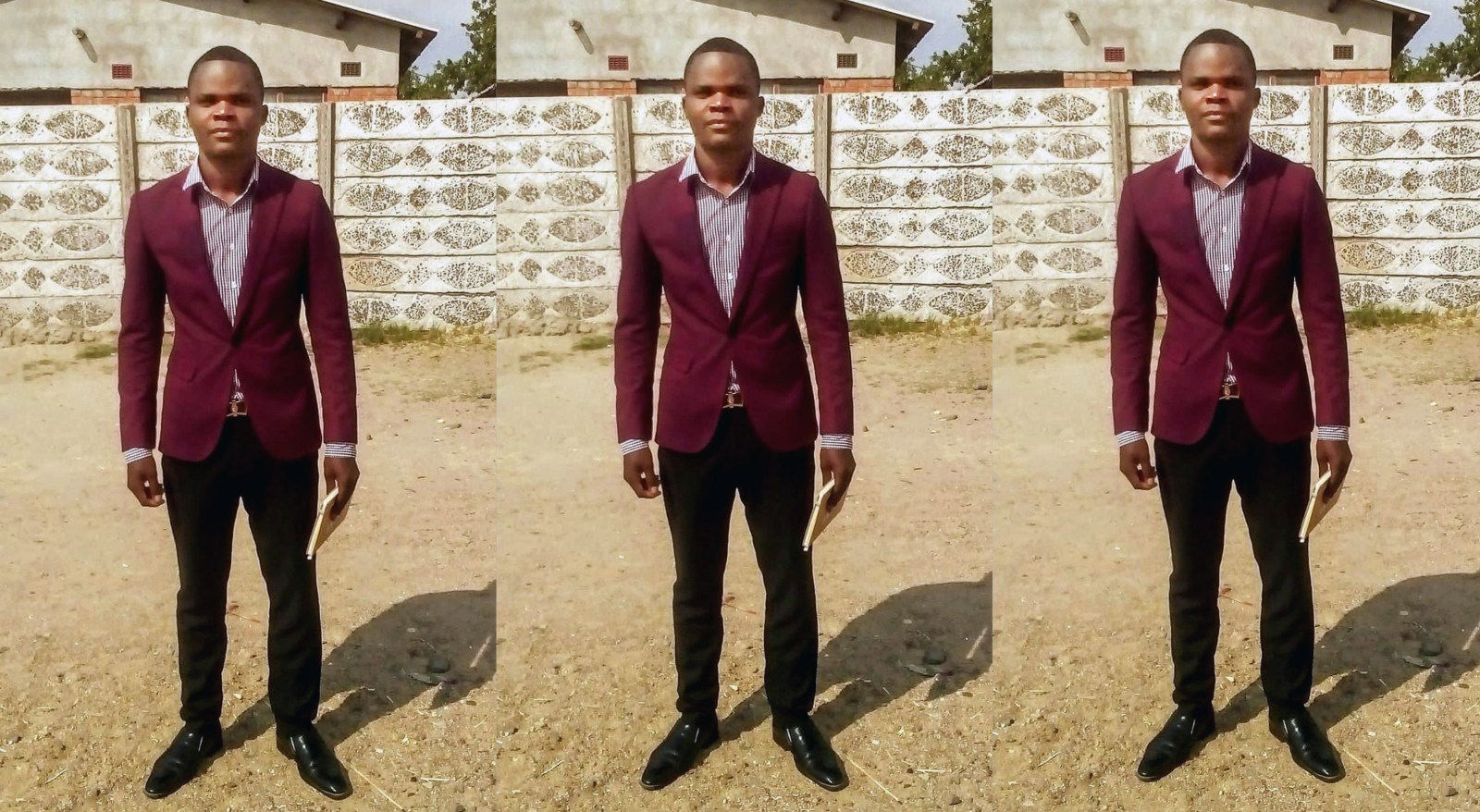 On the 30 July 2020, Tawanda Muchehiwa, a Zimbabwean human rights activist, was abducted from Tile and Carpet Center, a hardware shop in Bulawayo. CCTV footage shows men removing Tawanda Muchehiwa from the car he was in and forcing him into a white Isuzu truck which sped off with him. (Photo: Supplied by Thandekile Moyo)

Instead of fulfilling its obligation to prosecute the known perpetrators of the crimes against Tawanda Muchehiwa and other activists, Zimbabwe seems to be shielding the perpetrators and putting the activists on trial.

On 30 July 2020, Tawanda Muchehiwa, a Zimbabwean human rights activist, was abducted from Tile and Carpet Centre, a hardware shop in Bulawayo. CCTV footage shows men removing Muchehiwa from the car he was in and stuffing him in a white Isuzu truck that sped off.

The car is shown stopping a few hundred metres away and men are seen transferring Muchehiwa from the truck into a white Ford Ranger. The licence plate of the Ford Ranger is clearly captured by CCTV cameras. Investigations revealed that the car used in the abduction of Muchehiwa was from Impala Car Rental.

Nqobani Sithole, a lawyer from the Media Institute of Southern Africa, went to the Bulawayo Central Police Station to look for Muchehiwa, as further investigations had revealed that he had been in the company of his two cousins and an older woman who were taken to that police station.

Sithole alleged that the police initially denied having arrested Muchehiwa and his three companions. After Sithole insisted that he knew they were in police custody, the police produced Muchehiwa’s cousins Amandlenkosi and Advent Mathuthu. The police claimed they had released the other companion, Tendai Masotsha, and that Muchehiwa had escaped.

The cousins said they had been abducted from the Tile and Carpet Centre by armed men in plain clothes, bundled into separate cars and taken to Bulawayo Central Police Station, but had no idea where Tawanda had been taken.

The next day, 31 July, Sithole returned to the police station to again search for Muchehiwa but he was nowhere to be found. Sithole then filed a writ of habeas corpus to order the police to produce Muchehiwa. A magistrate granted the order on 1 August, stating that the police had 72 hours to release Muchehiwa.

On 3 August, as per the habeas corpus order, the police produced Muchehiwa to the magistrate. He was badly injured and had to be transported to the court in an ambulance. He had been tortured during the course of his abduction. He had deep cuts on his buttocks and shoulders, among other injuries.

A few days after he was produced, Muchehiwa suffered renal failure from the torture and had to be put on kidney dialysis. The medical evidence of Muchehiwa’s torture, which has led to a myriad of subsequent physical and mental health issues, is available for stakeholders to review.

It was and still is evident that the following crimes, falling under Chapter V of the Criminal Law (Codification and Reform) Act of Zimbabwe (Chapter 9:23), were committed against the person of Tawanda Muchehiwa:

According to the act, “assault” means:

(a) Any act by a person involving the application of force, directly or indirectly, to the body of another person, whereby bodily harm is caused to that other person; or

(b) Any act by a person that causes, directly or indirectly, the injection into or application to the body of another person of any substance without that person’s consent; or

(c) Any act by a person that causes any substance to be consumed by another person without that person’s consent.

All these acts were done to Muchehiwa by his captors.

Section 57 of the act: Deflected blow in homicide cases, says:

“If any person does or omits to do anything in relation to another person which, if it caused that other person’s death, would constitute murder… he or she shall be guilty of attempted murder if the intended victim does not die…”

According to section 5 of the act (Territoriality of crimes), “a person may be tried, convicted and punished for a crime, whether in terms of this code or any other enactment, where the crime or an essential element of the crime was (a) committed wholly inside Zimbabwe…”

These three crimes – assault, kidnapping and attempted murder – were committed against Muchehiwa inside Zimbabwe. The State is therefore obligated to investigate these crimes and prosecute the perpetrators.

Central to this case is Impala Car Rental, which provided one of the cars used to abduct Muchehiwa.  The rental company has trackers in its cars, meaning they have information on who rented the car and must have information on where the car went – where Muchehiwa was unlawfully detained and assaulted from 30 July 2020 to the night of 1 August 2020.

A magistrate granted an order for Impala Car Rental to avail documents to Muchehiwa’s lawyers showing who hired the vehicle used in the abduction as well as the tracker showing where the car went. The company defied the court order.

Human Rights Activists, civil society organisations and other citizens launched a campaign demanding that the State should charge Impala Car Rental for crimes against the administration of justice (Chapter VI), namely, contempt of court – section 82 – as well as defeating or obstructing the course of justice – section 184.

Instead of compelling Impala Car Rental to adhere to the court order and to assist the State with investigations, the State arrested Makomborero Haruzivishe, Youngerson Matete and Prince Gora. They were among the activists demanding that Impala adhered to the court order to give Muchehiwa’s lawyers the names of the perpetrators of his kidnapping (abduction) and assault (torture).

Instead of fulfilling its obligation to prosecute the perpetrators of the crimes against Muchehiwa, the State seems to be shielding the perpetrators. The arrest of Makomborero Haruzivishe, held without trial from February 2020 to January 2022, is a deflection, diversion and abdication by the State of its responsibility to hold its agents who abducted Muchehiwa, accountable.

The arrest of Makomborero et al, is a clear attempt to cover up the crimes committed by Impala Car Rental as well as the perpetrators of Muchehiwa’s abduction and torture. Instead of prosecuting the perpetrators of this egregious crime, the government of Zimbabwe is persecuting Haruzivishe, Matete and Gora for demanding justice.

The trial of the three activists who are currently remanded out of custody is set to commence on 16 March. Amnesty International has called for charges to be dropped against Haruzivishe.

This trial, against people who were demanding justice for Muchehiwa, does not take away the government’s responsibility to hold the perpetrators of Muchehiwa’s kidnapping and assault accountable.

The government of Zimbabwe knows which of their agents abducted Muchehiwa. We, the people of Zimbabwe, have the responsibility to join Matete, Haruzivishe and Gora in demanding justice for Muchehiwa. Impala Car Rental must be ordered to adhere to the court order or be charged with contempt of court.

One of the alleged state agents who abducted Muchehiwa was positively identified as Frank Muzembi. The government must not be allowed to divert attention from their obligation to prosecute the kidnappers by persecuting Haruzivishe, Matete and Gora.

“This trial,
Must interest us all,
I believe what it will bring to the fore,
Is a question,
Of what we as citizens,
Can do,
In the face of crimes committed by the state.
& In the face of collusion to protect criminals.
Who should be on trial,
Mako et co,
Or,
Impala et co?
#ZanuPFMustGo” DM/MC