HARARE (Reuters) - Zimbabwe has reduced the portion of taxes payable in foreign currency, Finance Minister Mthuli Ncube said on Friday, as the country tries to reduce U.S dollar demand and stop the rapid devaluation of the local currency. 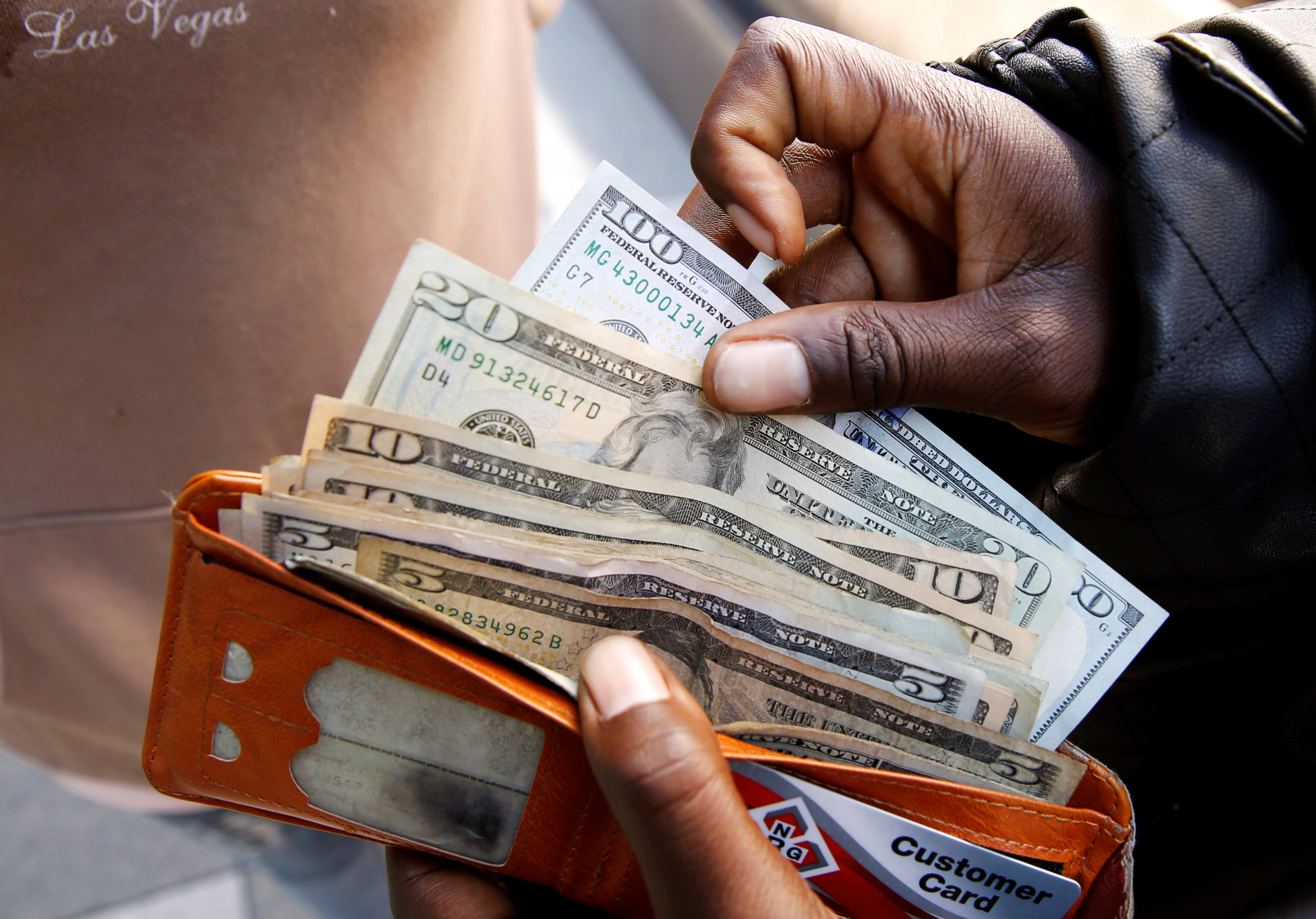 A man displays US dollar notes after withdrawing cash from a bank in Harare, Zimbabwe, July 9, 2019. REUTERS/Philimon Bulawayo

The southern African country reintroduced its currency in 2019 after a decade of dollarisation, but it has declined sharply under pressure from acute foreign currency shortages and low confidence in the economy.

Zimbabwe’s economy is struggling to revive after years of hyperinflation and erratic policymaking. It bounced back in 2021 and Ncube has forecast economic growth of 5.5% this year. read more

After initially outlawing the use of foreign currencies for domestic transactions in June 2019, the government now allows the local currency to circulate alongside the U.S. dollar and other currencies.

It also charges a raft of taxes – including mineral royalties, vehicle import duty and on export earnings – in foreign currency, a policy which critics say shows the government has no confidence in its own currency.

But on Friday, Ncube said exporters would now pay up to 40% of their taxes in local currency, while miners can pay 50% of royalties in Zimbabwe dollars. Previously, royalties and export taxes were 100% taxed in foreign currency.

“The measures reflect government’s commitment to promote the wider use of the Zimbabwe dollar and to continuously strengthen the economy so as to build long lasting macro-economic stability,” Ncube said in a statement.

Exporters, especially miners, have complained that the payment of tax in foreign currency has affected their viability.