I have been reading some of the commentaries on the Zimbabwean situation in the past few weeks and have been struck by the extent to which they seem to reflect a situation in this country which really doesn't represent reality today. 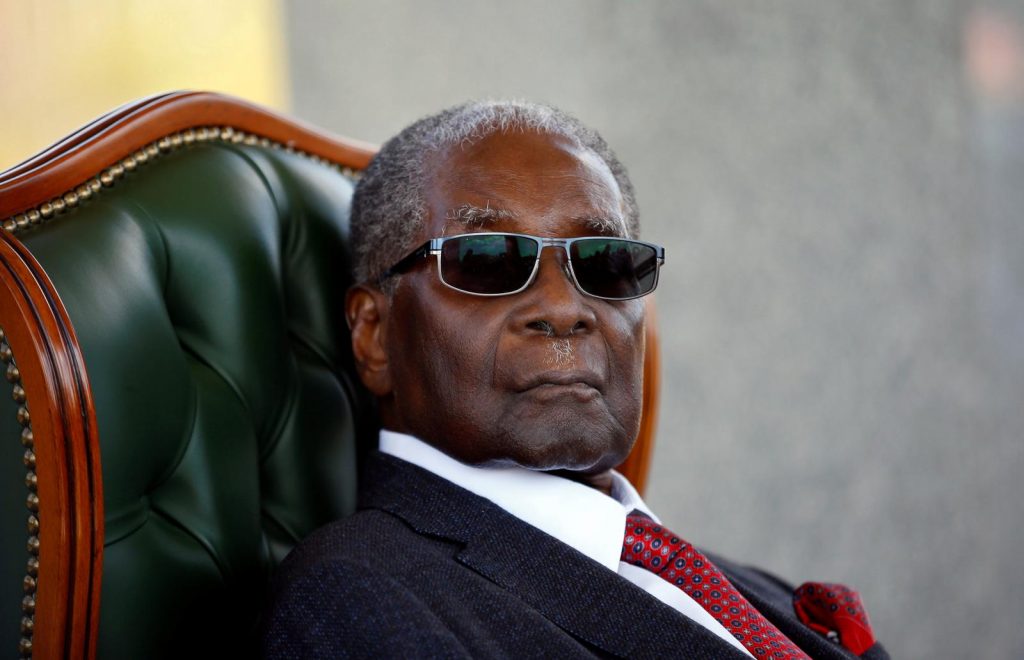 I am a veteran of opposition politics in this country, I opposed the regime of Ian Smith before Independence and after a brief honeymoon with Robert Mugabe, I decided that he really was bad for the country and resumed my opposition activities.

Before Independence, the Rhodesian government did not tolerate any opposition, it strictly controlled the media and human and political rights were given scant regard. However, Ian Smith was unstintingly honest in the way in which he ran both his personal and national affairs and died sometime after Independence in near destitution. In addition, the Rhodesian government managed our fiscal affairs in a competent and conservative manner which left us at Independence with a domestic currency that was worth two U.S. dollars, low levels of inflation and a national debt equivalent to less than 10% of GDP. We also inherited a highly diversified, if small, economy more or less evenly balanced between primary and secondary industry which was able to supply the majority of everything we needed.

Politically, although Independence brought dignity and freedom to the majority, together with new opportunities for advancement and enterprise, the Mugabe regime changed little in terms of the political nature of the government. Opposition was simply not tolerated; genocidal pressure was brought to bear on the Ndebele community in the South West with tens of thousands of deaths and hundreds of thousands driven into exile. Media controls were intensified and the Joint Operations Command (JOC), inherited from Ian Smith, who used it to fight the liberation war, was strengthened and entrenched as part of the civilian government.

Over the next 37 years the Mugabe regime would not only maintain all the ills that characterised the Rhodesian regime before Independence but in addition they mismanaged the national economy to the point where, by 2008 the domestic currency was virtually worthless, a third of the country had fled to greener pastures and two thirds of the population that remained were on food aid supplied by the International Community who were desperately trying to maintain stability while South Africa sorted out our politics.

There was not a single election during the Mugabe era where the will of the people was respected and the elected government represented the majority.  This was despite the fact that the struggle for Independence had been to secure majority rule. To maintain his grip on power, Mugabe was prepared to go to any lengths and in the process he brutalised his people and permitted his cronies to make massive fortunes at the expense of the nation. He himself accumulated a fortune up to the time of his death of his first wife and then set about rebuilding his personal wealth after the family of his wife absconded with the majority of his assets. He did not die destitute.

In 2017 his closest associate from the struggle leading up to Independence and thereafter, Emerson Mnangagwa, forced the old man to retire and was appointed President. What gave this action legitimacy and facilitated global recognition of the new regime, was an outpouring of jubilation over the end of a brutal and despotic era and clear evidence that the people expected a new dispensation.

After a shaky start, the new President went into an election in July 2018 where he took the risk of possibly being defeated by an opposition group led by Nelson Chamisa. In the end he secured a small majority and was pronounced President. For the first time this election was recognised by the International and Regional Community as reflecting the will of the majority. This was a first in our post-independence history. Unlike the situation in the United States when Hillary Clinton was defeated by Donald Trump, even though the latter secured two million votes less than his opponent, Chamisa refused to accept defeat and would not take up the position of leader of the opposition. Even so, Emerson Mnangagwa took hold of the reins of power and made a dramatic commitment to reform at his inauguration in the national sports stadium.

The reform programme was in two parts: the first, a broad based strategic stabilisation plan or STP which had clearly been crafted sometime before the election and was presented to ministers at their first cabinet session after confirmation; the second part was political and the new President made it quite clear that his primary goal was to repair the chequered relationship with the International Community.

Over the next two and a half years the STP was more or less fully implemented and its goals achieved. I cannot think of a similar programme during the Mugabe era, where a much heralded government programme of economic reform was implemented and adhered to. What did not get adequate recognition or attention, was the fact that the STP involved some harsh medicine. The cost of civil service salaries was slashed from 97% of all revenues in 2017, to 35% at the end of 2020. The over-inflated currency called the RTGS dollar was devalued dramatically from one to one US dollar in 2017, to 85 to 1 at the end of the period. Strict budgetary discipline was imposed on all government departments and a fiscal deficit equivalent to 40% of all state expenditure was eliminated and turned into a small surplus. At the end of this programme the International Monetary Fund, recognised that Zimbabwe’s fiscal affairs were now being conducted on a disciplined, orderly and sound basis. This was no small achievement.

Implementation of the political reform programme has been more chequered. After the adoption of a new constitution in 2013, Mugabe had failed to implement any of its features up until the time of his removal from power. Under the new dispensation, over 80% of all domestic legislation has now been modified to bring it into line with the new constitution. The new constitution is a product of consensus in the geopolitical arena and is regarded as being progressive and sound. Its implementation over the past three years has signalled a dramatic improvement in our overall rights dispensation.

Mugabe routinely violated property rights and the rule of law. Under the new dispensation this has been significantly corrected. The Judiciary has more independence and many of the abuses of violations of property rights remedied. Without doubt more needs to be done, but we are now far from the chaotic situation which prevailed under Mugabe. The same applies to human rights in all their different forms.

In respect to the way elections are run, the situation is like chalk and cheese. The international observer missions overseeing the 2018 elections accepted that they represented the will of the people. In fact, not one of the 2300 seats up for election were contested. MDC contested the Presidential election but that found no traction. There is little doubt in my mind that not only are we now a genuine multi party democracy, but people can vote with the knowledge that their ballots will be respected. During the Mugabe era, ballots were falsified and  destroyed after election day to hide gross misrepresentations.

Its time to give Emmerson Mnangagwa a bit of head space and recognition for all that he has achieved since he became our President.