As by-elections were underway in 28 mostly urban and opposition-held parliamentary seats – together with over 100 local government seats – the Minister of Election Rigging declared victory for Zanu PF. 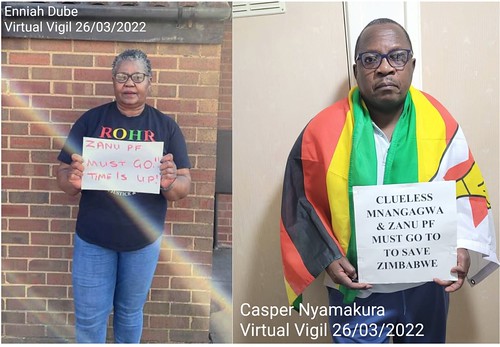 The Minister said the Zimbabwe Electoral Commission had already informed him that the people had made the right decision. He said this had been confirmed by the celebrated Zimbabwean writer NoViolet Bulawayo, whose debut novel ‘We need new names’ was short-listed for the prestigious Booker prize in the UK in 2013.

NoViolet’s latest novel titled ‘Glory’ has received rave reviews in British newspapers. The influential Guardian says NoViolet wanted to write a non-fiction account of the 2017 coup against Mugabe but ended up writing a political satire, inspired by the famous English novel ‘Animal Farm’.

The Guardian writes: ‘Glory is set in the animal kingdom of Jidada. After a 40-year rule, the “Old Horse” is ousted in a coup, along with his much-despised wife, a donkey named Marvellous. At first there is great rejoicing and hope for change under a new ruling horse, Tuvius Delight Shasha (the former vice-president turned rival of Old Horse). Hope, however, quickly vanishes and into the period of post-coup despair steps a young goat named Destiny, who returns from exile to bear witness to a land where greed, corruption and false prophets are rampant.

The review points to targets such as the popular slogans meaning the opposite of what is stated – ‘Open for business’ and ‘New dispensation’ – down to ‘Dr Sweet Mother with her Gucci heels’ – the donkey awarded her PhD after just three months – or, as the novel has it, ‘before you could say diss, for dissertation’.

‘But one doesn’t have to know Zimbabwe to relish this novel. As with all good satire, the specific speaks to the universal; and many of these specifics are instantly recognisable – a video recording anguished cries of “I can’t breathe”; the sham commitment to “free, fair and credible elections”; the calls to “make Jidada great again”. Similarly, the heart-breaking descriptions of genocide, corrupt rulers and their cronies, and a traumatised nation living in fear, will chime with people all over the world. Glory is in good company with Nobel laureate Wole Soyinka’s 2021 biting critique of Nigerian society, Chronicles from the Land of the Happiest People on Earth. Perhaps we are seeing the beginning of a new wave of political satire from African writers.’

The review concludes: ‘Bulawayo doesn’t hold back in speaking truth to power. She writes urgently and courageously, holding up a mirror both to contemporary Zimbabwe and the world at large. Her fearless and innovative chronicling of politically repressive times calls to mind other great storytellers such as Herta Müller, Elif Shafak and Zimbabwean compatriot Yvonne Vera. Glory, with a flicker of hope at its end, is allegory, satire and fairytale rolled into one mighty punch.’ (See: https://www.theguardian.com/books/2022/mar/23/glory-by-noviolet-bulawayo-review-a-zimbabwean-animal-farm.)

The Vigil salutes NoViolet – a brave opponent of repression in Zimbabwe. It gives us hope that the diaspora may be able to return home one day.