New York– In response to news reports that a court in Zimbabwe on Tuesday declined to dismiss the 2021 immigration case against New York Times freelance correspondent Jeffrey Moyo, the Committee to Protect Journalists issued the following statement expressing disappointment: 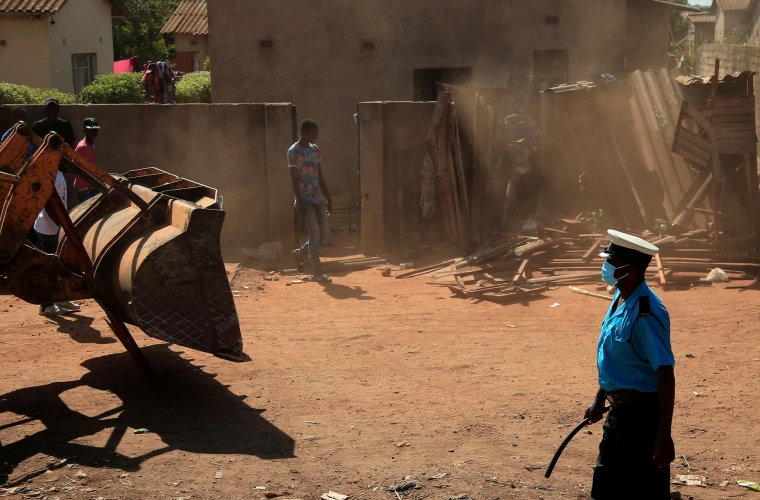 “We are disappointed that more than nine months after his arrest, and after 21 days in detention and countless hours in court, journalist Jeffrey Moyo was not acquitted of the spurious charges relating to his work with his colleagues at The New York Times,” said Angela Quintal, CPJ’s Africa program coordinator. “The decision to deny the defense’s application to dismiss the case is doubly troubling as Moyo’s co-accused was acquitted in a separate trial last week and simply reinforces perceptions that the case is being used to intimidate the independent press in Zimbabwe.”

Authorities arrested Moyo in the capital Harare, alongside Zimbabwe Media Commission registrar Thabang Manhika on May 26, 2021, and accused them of contravening Section 36 of the Immigration Act by producing fake media accreditation cards for two foreign New York Times journalists, Christina Goldbaum and Joao Silva, who were deported after three days in the country, as CPJ documented at the time. Manhika was acquitted in a separate trial on March 10, 2022, according to news reports.

The defense applied to have the case dismissed after prosecutors closed the state’s case against Moyo last month, arguing the state had been aware it had no case since at least June 2021 when, in reply to Moyo’s bail application on appeal, it said in court documents that its case against the journalist was on “shaky ground,” according to the discharge application, which CPJ reviewed, and the journalist’s lawyer Doug Coltart, who spoke to CPJ by messaging app.

Today, a Bulawayo magistrate ruled that the prosecution had sufficient evidence against Moyo to put the accused to his defense, Coltart told CPJ via messaging app. The trial will continue April 28 and Moyo faces at least 10 years in prison if convicted under the Immigration Act.