Marry Mubaiwa, the estranged wife of Zimbabwe's vice-president, Constantino Chiwenga, is set to have her right hand amputated after she was denied permission to leave the country to travel to South Africa. 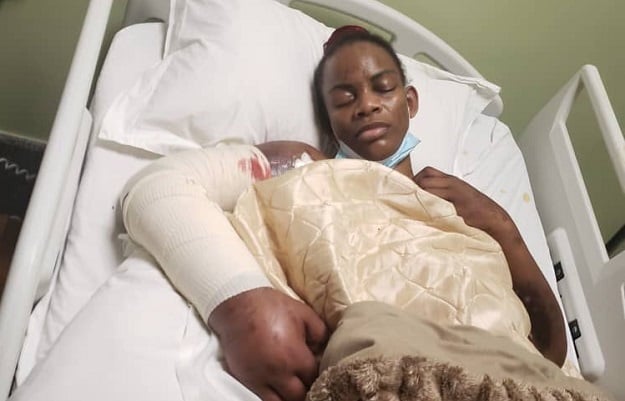 Chiwenga is the retired army general who led the putsch to remove the late strongman Robert Mugabe in November 2017.

Beatrice Mtetwa, the lawyer representing Mubaiwa, 40, told a court that doctors had reached the conclusion that her right arm needed to be amputated.

Mtetwa said doctors “cannot save her arm and that when she is medically fit they will have to amputate the right arm”.

Mubaiwa was meant to appear in court on Monday, facing charges of assaulting her former childminder, but didn’t, because of her medical condition.

For months, Mubaiwa appealed to the courts in Zimbabwe to allow her to go to South Africa for medical treatment, but her appeals were denied.

In a report filed to the court, doctors said Mubaiwa relied on sedatives to ease the pain that caused her sleepless nights, while several of her limbs had become swollen.

She stands accused of trying to kill her ex-husband, Chiwenga, while he was in a South African hospital in July 2019. She has denied the allegation.

Mubaiwa is also facing charges of fraud and money laundering in a separate case. She has pleaded not guilty to these charges.

During her numerous court battles, she argued that her husband was abusing the legal system by using his considerable political power and influence.

“It is most disturbing and disheartening as I write this piece of message, I write for the world to see, to know that the clock might be ticking for me, for those that wish to end my life, I have been followed, my cars have been bugged, my parents are being followed, all those that have assisted me have been threatened, some beaten up and some dismissed from work,” she said last October, adding:

I have not sinned against those that persecute me, this persecution can be in the line for an Oscar nomination for best fiction.

Mubaiwa was customarily married to Chiwenga in 2011 when he paid around R720 000 for her hand in marriage.

She rose to public prominence in Zimbabwe when she was cast in the video for the late South African reggae icon, Lucky Dube’s song, Put a little love.