It comes as no surprise that the grave of the world’s most wanted fugitive has been found in Zimbabwe, whose Zanu PF government is a notorious friend of tyrants from Gaddafi of Libya to Putin of Russia. 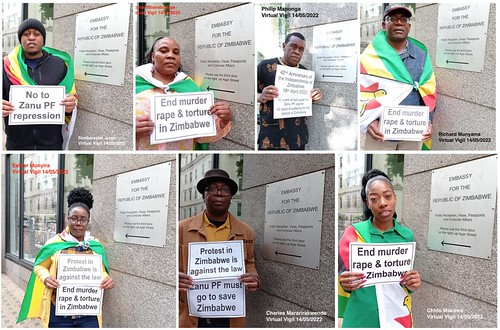 The body of Protais Mpiranya, the former commander of the Rwandan presidential guard, was discovered under a stone slab in the overgrown Granville Cemetery on the southern outskirts of Harare. The slab carried a false name but the body was exhumed at the request of UN investigators and his identity confirmed by DNA analysis on Tuesday.

Serge Brammertz, the UN chief prosecutor who led the hunt, said Mpiranya was the last of the major fugitives and finding his body ‘provides the solace of knowing that he cannot cause further harm’.

Mpiranya, who was in charge of the slaughter of hundreds of thousands of members of Rwanda’s minority Tutsi clan, died in Harare in October 2006 of a heart attack brought on by tuberculosis, at the age of 50. He had been living in Zimbabwe under a false identity, despite the Mugabe government’s insistence that he was not in the country.

The UN investigation found he had arrived on a Zimbabwean military aircraft and had frequent meetings with the Mugabe regime. He was a valued ally from the second Congo war of 1998 – 2003 (see: https://www.theguardian.com/world/2022/may/12/twenty-year-search-for-rwanda-genocide-suspect-ends-in-zimbabwe-grave).

Another notorious fugitive from justice is believed to be still living in Zimbabwe. He is Colonel Mengistu Haile Mariam, the former leader of Ethiopia, whose administration is estimated to have killed about half a million people including the last emperor of Ethiopia Haile Selassie.

Mengistu fled the country in 1991 and was given a residence permit by Mugabe, who apparently refused a request to extradite him even though he had been convicted of genocide (see: https://www.dw.com/en/quest-to-extradite-ethiopias-dictator-mengistu-as-mugabe-departs/a-41719005).

Both Mugabe and his successor President Mnangagwa have themselves been accused of genocide for the massacre of thousands of minority Ndebeles in the 1980s. It remains an open sore in Zimbabwe with the government refusing to acknowledge its guilt.