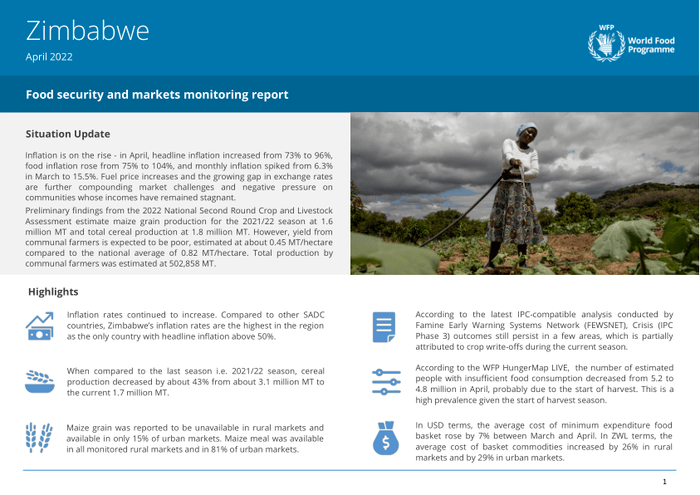 Inflation is on the rise – in April, headline inflation increased from 73% to 96%, food inflation rose from 75% to 104%, and monthly inflation spiked from 6.3% in March to 15.5%. Fuel price increases and the growing gap in exchange rates are further compounding market challenges and negative pressure on communities whose incomes have remained stagnant.

Preliminary finding from the 2022 National Second Round Crop and Livestock Assessment estimate maize grain production for the 2021/22 season at 1.6 million MT and total cereal production at 1.8 million MT. However, yield from communal farmers is expected to be poor, estimated at about 0.45 MT/hectare compared to the national average of 0.82 MT/hectare. Total production by communal farmers was estimated at 502,858 MT.