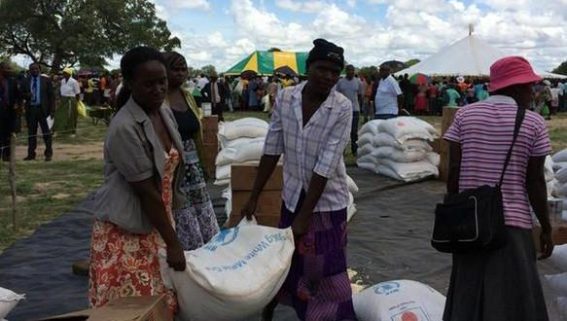 This year, the day is commemorated under the theme, 2022: the Year of Nutrition. The objective is to foster greater political commitment by leaders towards investment in nutrition as part of the continent’s long-term vision set out in Agenda 2063. The Forum welcomes this theme as it closely resonates with Zimbabwe’s National Development Strategy 1 (2020-2025) priorities, which include food security and nutrition.

Food is an inalienable right of every human being. Freedom from hunger and malnutrition is important for the enjoyment of human rights, including human dignity.

This theme could not have come at a better time as a Continental Accountability Scorecard launched by the African Union and the Africa Leaders for Nutrition (ALN) shows that eighty million children under five years have nutrition-induced restricted growth and 58.7 million of those are in Africa. Zimbabwe has equally not been spared with cases of acute malnutrition on the rise in the country as food shortages continue to take their toll.

A Zimbabwe Vulnerability Assessment (ZimVac) report showed that the percentage of children receiving the minimum acceptable diet for necessary growth and development declined from 6.9% in 2020 to 2.1% in 2021. The Minister of Lands, Agriculture, Fisheries, Water and Rural Development Anxious Masuku has indicated that the country will record a decline of 43% in maize production due to the 2021 low rainfall season. By the end of 2022, projections indicate that the number of hungry Zimbabweans will have risen by almost 50% to 8,6 million.

The Forum notes that the government’s ambitious agrarian programme, the Command Agriculture Scheme introduced in 2016 has been marred by allegations of corruption. The Presidential Input Scheme meant to cushion vulnerable communities with farming inputs has been largely partisan and so is the relief food aid. The recent arrest of the Deputy Minister of Lands, Agriculture, Fisheries, Water and Rural Development Douglas Karoro on allegations of grabbing 700 bags of fertiliser, 30 tonnes of maize seed and 5000 vegetable combo kits from the Presidential inputs scheme which he then sold is a sad reflection of how such programmes are not benefiting the needy.

The Forum remains seriously concerned that violations of other human rights have exposed many Zimbabweans to food insecurity. Many people are maimed in various forms of political violence and left unable to work and fend for themselves and their families while others are forced to flee their homes. Also, the government’s repeated and aimless destruction of vending stalls has exposed many people who rely on vending to starvation. The government also failed to provide meaningful social grants to cushion vulnerable communities during the COVID-19 pandemic–induced lockdowns. The government has also failed to support victims of internal displacements, most of whom will become food insecure after the displacements.
To meet the right of people to food and in line with the Africa Day theme, the Forum, therefore, challenges the Zimbabwean government to: