Masvingo – A Mapanzure High School Bus valued at US$150 000 is a write-off after it got involved in a road accident last night while carrying 65 Zanu PF women from Masvingo to a cooking competition organized by the First Lady Auxilia Mnangagwa in Vic Falls. 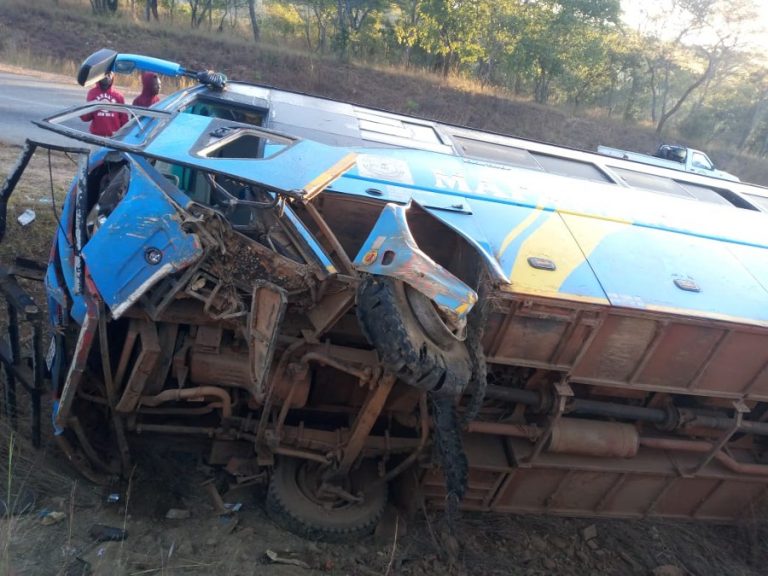 There is landmark ruling made by Justice Joseph Mafusire at the High Court in Masvingo barring political parties from using school buses or taking school children to rallies. The ruling also barred parties from using school premises and furniture.
One woman was seriously injured in the accident while two others escaped with minor injuries. The rest are injury free, said Zanu PF Masvingo Women’s League provincial chairperson Alginia Samson who confirmed the accident to The Mirror. Efforts to get a comment from the school head were futile as his mobile was not reachable.

The accident happened at the 35km peg along Masvingo – Mashava Road and the women were later booked at Maponga Lodge, a few hundred metres from where the accident happened.
The cooking competition is one of the many projects that the First Lady has been carrying out in her outreach into disadvantaged communities.
School buses are bought by parents through the School Development Committees at great cost and headmasters or school authorities with political interests seek favours from Zanu PF by hiring out busses to the party for free.

“Yes, I received news this evening. I am told one woman was seriously injured and the other three had minor injuries. The rest of the passengers are fine.
“The women were going to attend Amai Mnangagwa’s national cooking competition in Victoria Falls in solidarity with their competitors from Masvingo who are already in Victoria Falls,” said Samson.
Masvingo Provincial police spokesperson Kudakwashe Dewa could not be reached for comment as his mobile was not reachable. – Masvingo Mirror