Zanu PF’s strategy to win next year’s general election, despite the government’s abject failure to fix the economy and save the poor from starving, has been exposed by the paranoid ravings of the party’s Secretary for Finance, Patrick Chinamasa. 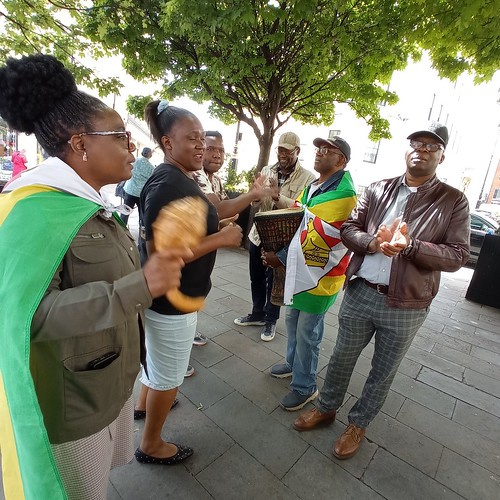 Basically he warned that Zanu PF would not leave office without bringing the whole country down with them. Chinamasa bluntly claimed that voting for the opposition Citizens Coalition for Change would bring war and instability to the country. He said the CCC leader Nelson Chamisa and deputy Tendai Biti were working for the American Central Intelligence Agency which, he claimed, was preparing to establish a military base in Zimbabwe.

‘Chamisa and Biti and all the USA sponsored NGOs USA sponsored so-called Civil Society Organizations, USA sponsored so-called Human Rights Organizations and USA sponsored Social Media Trolls are the USA Change Agents and force multipliers to remove Liberation Movement Parties from power so as to establish AFRICOM Military Bases on our African Continent and in our SADC region and country, the objective being to establish neocolonial states which are amenable to exploitation.’ (See: https://news.pindula.co.zw/2022/05/16/voting-for-ccc-will-bring-war-instability-to-zimbabwe-says-chinamasa/.)

The Zimbabwe Peace Project blames Zanu PF for the majority of human rights violations. In a report titled ‘The Wall’ it speaks of Zanu PF torture camps being set up in rural areas to crush dissent. It says Zanu PF supporters were hounding people they suspected of supporting the CCC in the 26th March by-elections.

The European Union doesn’t seem convinced that Zanu PF are peace-loving doves judging by Friday’s remarks by the head of the EU electoral mission, Elmar Brok. Speaking to the Voice of America, he said Zimbabwe must amend its electoral laws so that all parties have a chance a winning at the polls. Brok spoke of the need for a level playing field, with impartiality of the media, equal treatment of the parties, a proper voters’ registration and transparency to give the election credibility (see: https://www.voanews.com/a/eu-calls-for-zimbabwe-to-implement-electoral-reforms-ahead-of-2023-polls-/6582152.html).