Reuters - Zimbabwe expects its harvest of staple white maize grain to fall by almost half this year due to poor rainfall in the 2021/22 growing season, but still has enough buffer stocks following a record harvest the previous year, according to a cabinet statement seen by Reuters on Thursday. 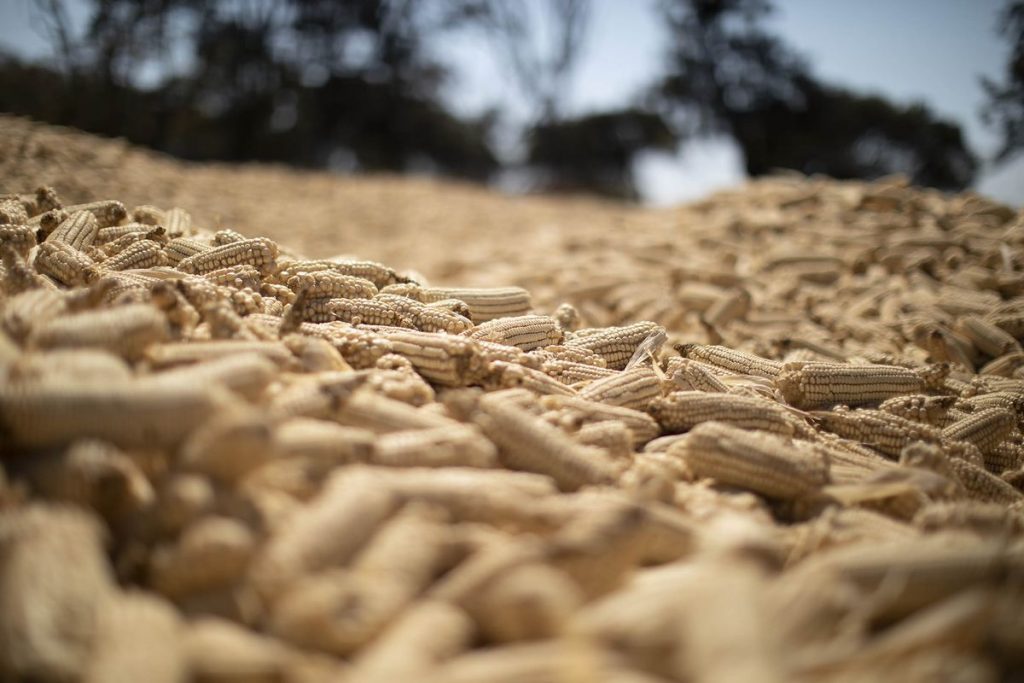 The Southern African country of around 16 million people has struggled to feed itself since former President Robert Mugabe led the seizure of white-owned farms at the start of the millennium to resettle landless blacks. Zimbabwe has also endured frequent droughts over the years, with conditions expected to worsen as temperatures rise due to climate change.

“Cabinet takes this opportunity to reassure the nation that, despite the decline in production owing to the vagaries of the weather, there is, however, enough maize in stock,” the government said.

Zimbabwe’s millers have been increasing prices, citing higher import and production costs, as well as supply constraints related to the Russia-Ukraine conflict.

Food price inflation has exacerbated the challenges of a country battling to recover from a decades-long economic crisis, which was compounded by COVID-19 and rapid devaluation of a local currency reintroduced in 2019.

Zimbabwe, which suffered 500 billion percent hyperinflation in December 2008 according to the International Monetary Fund, is experiencing another phase of rapid price increases, with year-on-year inflation rising to 96.4% in April, up from 60.6% in January.

The government said the country has some carry-over maize stocks from last year’s harvest, but called on private millers and stockfeed producers to supplement national reserves with 300,000 tonnes grain imports.